According to Steve Wozniak, Apple should be paying more taxes 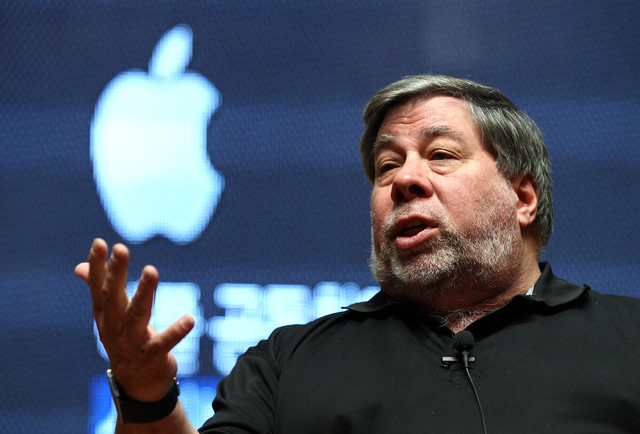 Wozniak, the co-founder of Apple along with Steve Jobs and Ronald Wayne said that taxes are a part of life and every company in the world should do it.

Apple is already being criticised for its tax affairs

It was already been reported in the last few years that Apple has tax shelters in different parts of the world including Bahamas, Luxembourg and Ireland. The company is currently being investigated by European commission.

Upon investigation, the commission found out that Apple could have to pay approximately $8 billion in back taxes because of the companyâs activities in Ireland.

In a similar manner, it was also found out that Starbucks owes the Dutch a total of $22 million. In fact, in a ruling in January in Belgium, it was found out that around 35 companies owe Europe around $760 million in back taxes.

Though when the CEO of Apple, Tim Cook was asked about these allegations he stated that they were all a part of a political agenda. According to Cook, the company pays every single dollar it owes the government in taxes.

Itâs also interesting to see that Apple holds more than 90% of its total money outside America. This is done by the company because if they try to bring it in and repatriate the cash, there would be a 40% tax bill over it. With total cash amounting to $215 billion, itâs reasonable as to why the company wouldnât want to do that.

Steve Wozniak thinks paying taxes is a part of life

Talking to BBC Radio, Steve Wozniak said, âI donât like the idea that Apple might be unfair â not paying taxes the way I do as a person. I do a lot of work, I do a lot of travel and I pay over 50% of anything I make in taxes and I believe thatâs part of life and you should do it.â

A few weeks ago, Wozniak also had some harsh words to say about Apple Watch. According to Woz, Apple isnât the same company he helped build from the ground up and instead of being a world changing company, it has become a jewellery manufacturer.

But even though, he did not like the products, the former co-founder of Apple had nothing but great words for the current CEO Tim Cook. He said, âI’m very approving of Tim Cook, because every time we have a new iOS update, I’m very happy that it’s doing things that really affect people.’

‘â¦He is continuing a strong tradition that Steve Jobs was known for of making good products that help people do things they want to do in their life, and not taking the company into roads of, ‘Oh, we’ll make all our money like by knowing you and advertising to you.â