A Marathon Like No Other: British Astronaut Timothy Peake is All Set to Run London Marathon in Space 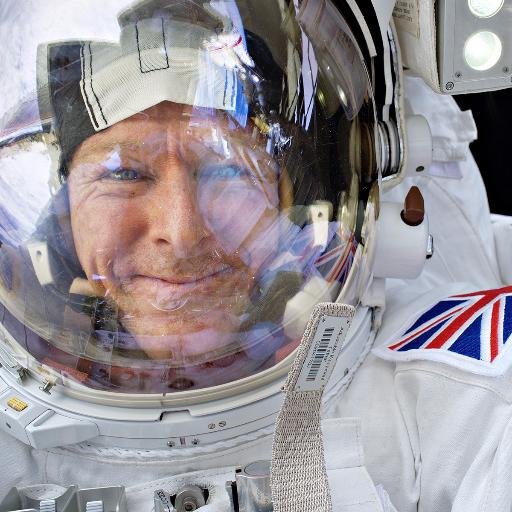 Peake who is former British Army helicopter test pilot has been a space station resident since December Â and he aims to complete this rather daunting 26.2-mile race on April 24th Â in under four hours which translates into about 2 Â½ laps around Earth. Incidentally, he had completed the London Marathon in about 3 hours and 15 minutes in 1999. Peake follows in the footsteps of U.S. astronaut Sunita Williams who took part in the 2007 Boston Marathon, finishing in just under 4Â½ hours.

In an expression of their solidarity with Peake, an estimated 38,000 marathoners, including many European Space Agency and UK Space Agency representatives who call themselves Team Astronaut will also be running the London Marathon on ground at the same time that Peake ascends the Space Station treadmill. Â Peake is clear that his objective is not to set any personal record Â but is Â motivated by an entirely noble mission.Â  Peake and his Team Astronaut are in fact running the marathon for the Princeâs Trust, a charity set up by Prince Charles 40 years ago, to aid the disadvantaged young people in Britain through training and education.

Peakeâs contribution does not end here. Â Peake will be gifting British schoolchildren with space seeds which had been incubating for six months in microgravity in the International Space Station (ISS) and had been brought back to earth in March. Â Peake had launched the mass experiment which aims to study if seeds exposed to microgravity affects the plant’s growing mechanism. The project also aims to involve more than 600,000 British schoolchildren to grow the very aptly named salad rocketÂ  seeds also known as arugula.

You can also watch Peake run in space byÂ  visiting his website where aÂ  live stream will be set up next Sunday while Peake in turn will be able to watch theÂ  a video of the London course on a big screen. An ecstatic Peake announcedÂ  âthe Â London Marathon is a worldwide event. Let’s take it out of this worldâ. He said that what he was looking forward the most to was that he would still be able to interact with everybody down on Earth.