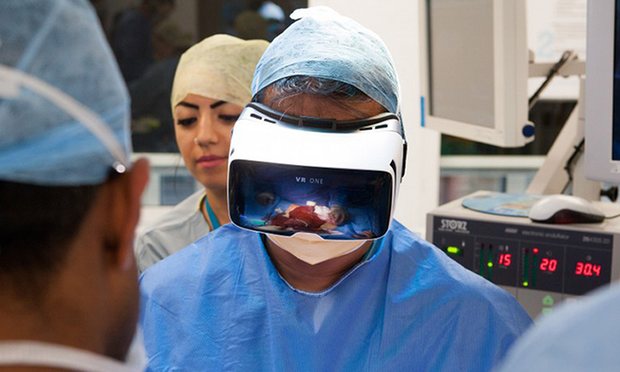 Today, on 14th April 2016, Royal Hospital London will become the first in the world to organize and stream a live virtual reality operation. The operation will be performed by Dr Shafi Ahmed at 1 pm BST. And if you have a VR compatible device then you can watch it too.

The operation will involve removing a cancerous tissue from the bowel of a male patient. While Ahmed has performed this operation numerous times before, this would be the first time when the whole world would be watching the surgical procedure.

The first live 360-degree operation would be a two-hour long procedure and it is aimed to help trainee surgeons, medical students, and the public to understand and immerse in this medical event in real-time.

As the internet connections are getting better and cheaper all over the world, and it is becoming easier to make your own Virtual Reality device with cardboard and a pair of lenses, surgeries like these can greatly help medical students in training and those who aspire to be a doctor.

It can especially help medical students who would otherwise have to travel abroad to get a training in complicated medical procedures like these. In a way, virtual reality operations can be time saving and cost effective as well.

According to Dr Shafi Ahmed, who is a cancer surgeon at the Barts Health NHS Trust, VR technology will be a helpful addition to education. While operation videos have been on the internet for a long time, the 360-degree videos will not only show what the surgeon is doing, but viewers would also be able to see what the other members of the team are doing.

And this is not the first time Ahmed is taking a step towards introducing future technology in the healthcare industry. Two years ago, he streamed a live operation with the augmented reality device, Google Glass, which allowed the world to see the entire operation from the surgeonâs point of view.

He is also the co-founder of Medical Realities, the healthcare company that will be streaming the operation in partnership with Mativision, company that specialises in virtual reality and 360-degree videos.

The entire video will be shot using two 360-degree cameras and several other lenses that will be spread across the operation theatre.

Where to watch the Virtual Reality operation

First of all, you would need to find a compatible VR device like the Google Cardboard (Â£10), Samsung Galaxy Gear VR (Â£87) or the Oculus Rift. There are also many DIY videos online that can help you make your own VR device.

Once you have got the device, download the VRinOR app from the Oculus Store or the Google Play Store. Open the app at 1 pm BST and you should be able to see the live video.

Donât have a VR device? You can still watch the live video on Medical Realities website and it will later be uploaded as a 360-degree video on their YouTube Channel.