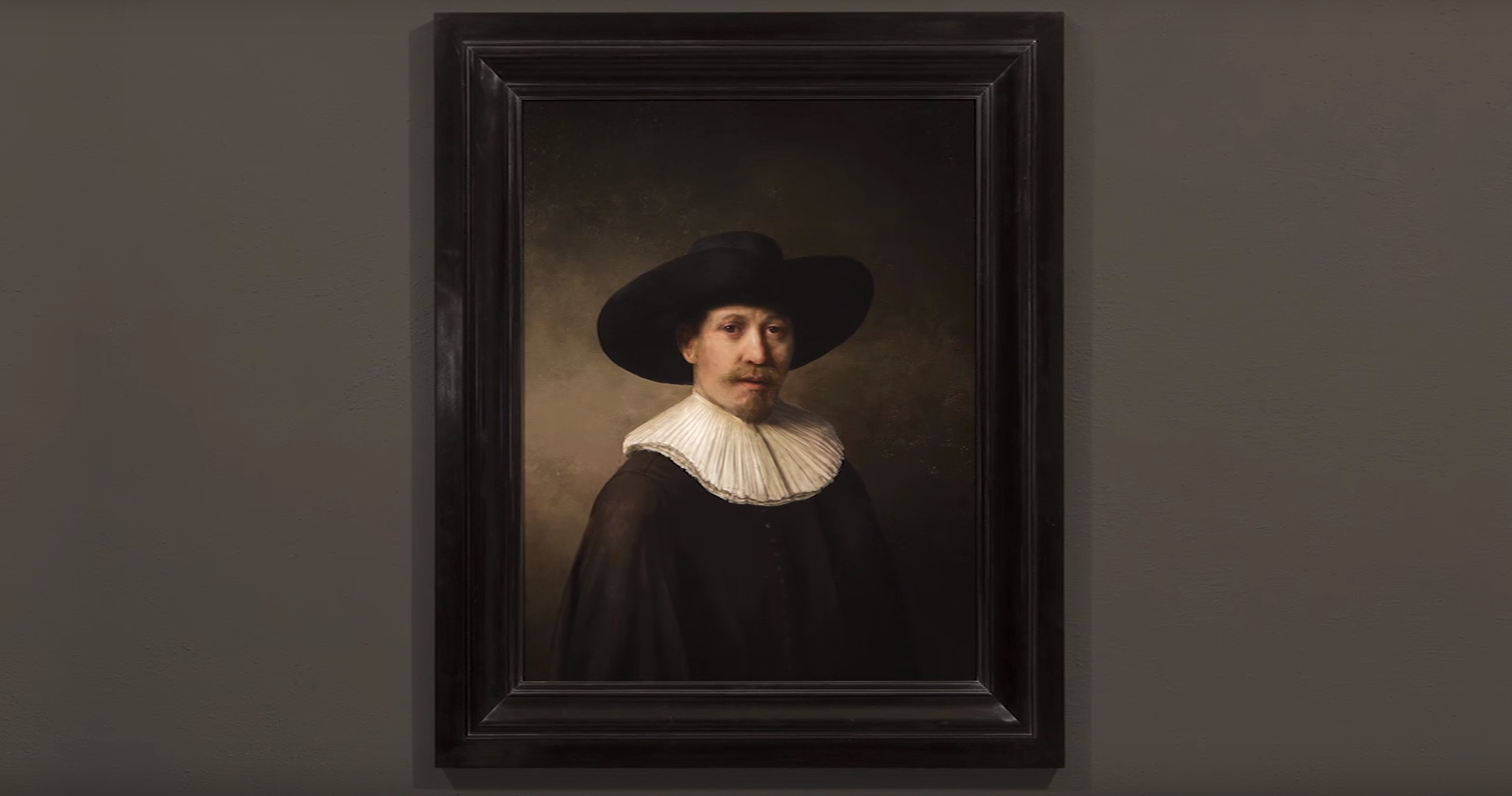 Rembrandt van RijnÂ was one of the most influential classical painters, and the world lost his amazing talent when he diedÂ nearly four centuries ago. And yet his newestÂ masterpiece was unveiled only yesterday. How?Â By scanning and analyzing Rembrandt’s works, a computer was able to create a new painting in near-perfect mimicry of Rembrandt’s style. It has been named, appropriately, ‘The Next Rembrandt’.

The Next Rembrandt project began when, in October 2014, the Dutch financial institution ING spoke with J. Walter Thompson Amsterdam advertising agency about creating a project that would show innovation in Dutch art. The creative director for J. Water Thompson, Bart Korsten, proposed a simple question in honor of a master Dutch painter.

“Can you teach a computer how to paint like Rembrandt?”

Many groups and types of people came together to answer that question. ING, Microsoft, Delft University of Technology, the Mauritshuis in the Hague, and Museum Het Rembrandthuis assembled a team ofÂ art historians, Â software developers, scientists, engineers, and data analysts. The team built a software system that was capable of understanding and generating new features based on Rembrandt’s unique style.

They began by taking 3D scans of the 346 paintings by the artist and analyzing them to determineÂ common elements shared amongst the pieces. Based on what the team saw, they felt that in order to best capture Rembrandt’s style the software should create a painting similar to his works. The computer was told to paint a portrait of a caucasian male with facial hair, 30-40 years old, wearing dark clothing with a hat and collar, and that he be facing to the right.

When the software was told to finally use all of the data the team had collected, it created ‘The Next Rembrandt’. The painting consists of over 148 million pixels, based on more than 160,000 fragments of the artist’sâ works. Most importantly, this is not merely a computer image, but was actually 3D printed so that the texture of Rembrandt’s brush strokes could also be captured. The final result is a painting that looks exactly like an original Rembrandt.

This new advance in art and technology working together is sure to raise concerns. Does this qualify as a forgery? Who is the painting attributed to? What does this mean for art going forward? It is hard to say.

While there are certainly chances for abuse of this technology, there are also many new opportunities to learn from it. By using computers to analyze the works of past master artists, perhaps we can come to better understand what it is that makes a work of art a masterpiece. And while for now this technology can only be used to mimic and replicate one artist, this could be a step toward truly brand new pieces works that are created by a computer drawing on the work of thousands of artists.

There is an old quote about writing that goes:

Who is to say the same doesn’t apply to art?