For the First Time, NASA Has Caught Footage of the Shockwave of a Supernova 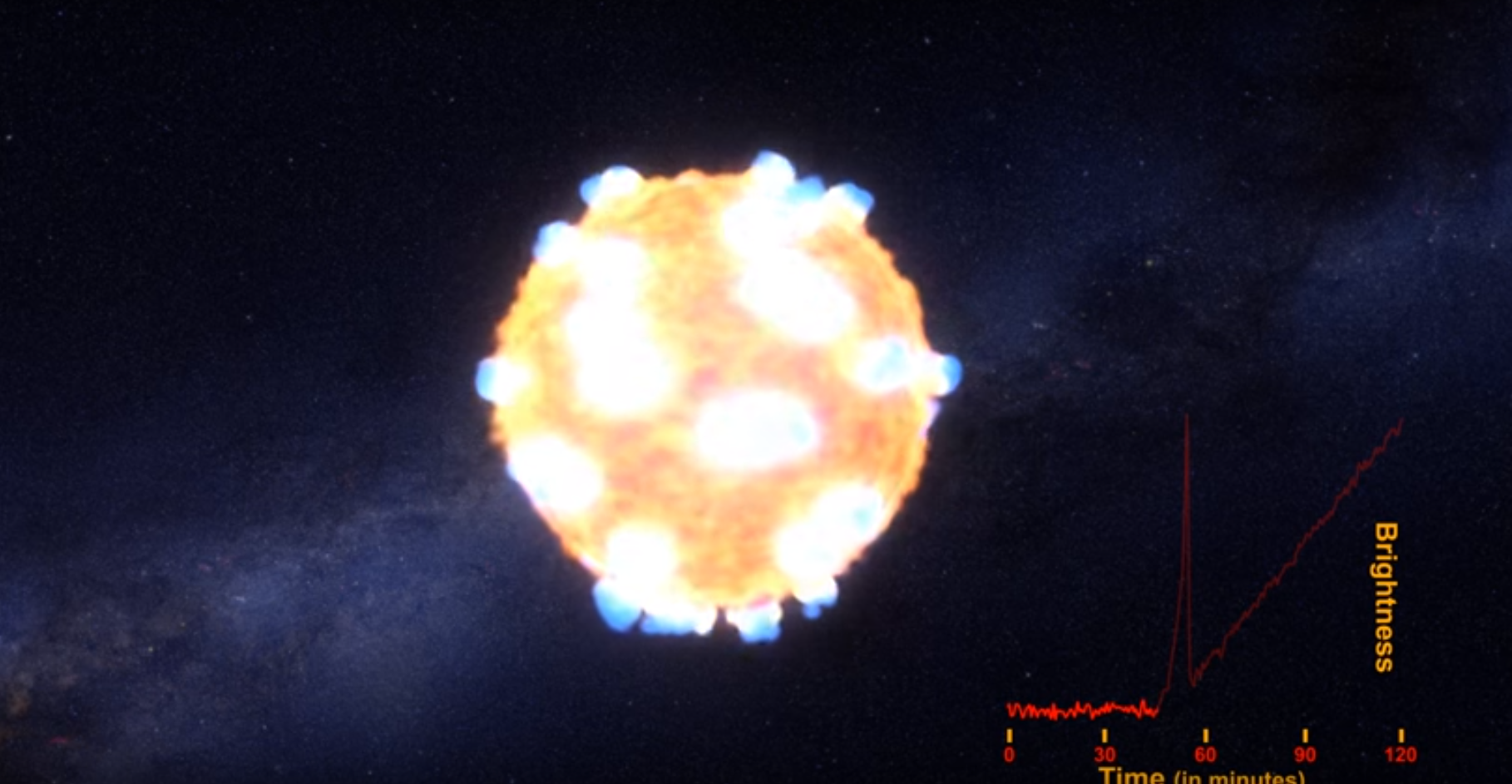 Using the planet-hunting Kepler space telescope, NASA has captured footage of an exploding star’s shockwave, known as a “shock breakout” by astronomers. This is the first time scientists have managed to catch this rare aspect of a supernova in the spectrum of visible light. The dying star was a massive red giant star that was nearly 300 times the size our sun, and the footage of its supernova is bothÂ scientifically fascinating and aesthetically mesmerising.

The team of scientists made this discovery by analyzing the light captured by the Kepler telescope every 30 minutes over a three-year period in 500 distant galaxies. They searched through nearly 50 trillion stars looking for signs of the massive explosions that accompany the death of stars known as a supernova.

The team is very excited to have obtained such rare footage. As with a car wreck or a plane crash, having images of the supernova will be extremely helpful in understanding the cause. What has made the supernova shockwave unfilmed until now is how breif it lasts. The shock breakout exists for only about 20 minutes, a seemingly long time, but when a supernova can last for weeks, it is easy to see what a small moment that is during the event.

Peter Garnavich, an astrophysics professor at the University of Notre Dame in Indiana, who led the team explained, âIn order to see something that happens on timescales of minutes, like a shock breakout, you want to have a camera continuously monitoring the sky . . . You donât know when a supernova is going to go off, and Kepler’s vigilance allowed us to be a witness as the explosion began.â

“All heavy elements in the universe come from supernova explosions. For example, all the silver, nickel, and copper in the earth and even in our bodies came from the explosive death throes of stars,” added Steve Howell, project scientist for NASA’s Kepler and K2 missions at NASAâs Ames Research Center in California’s Silicon Valley.

“Life exists because of supernovae.”