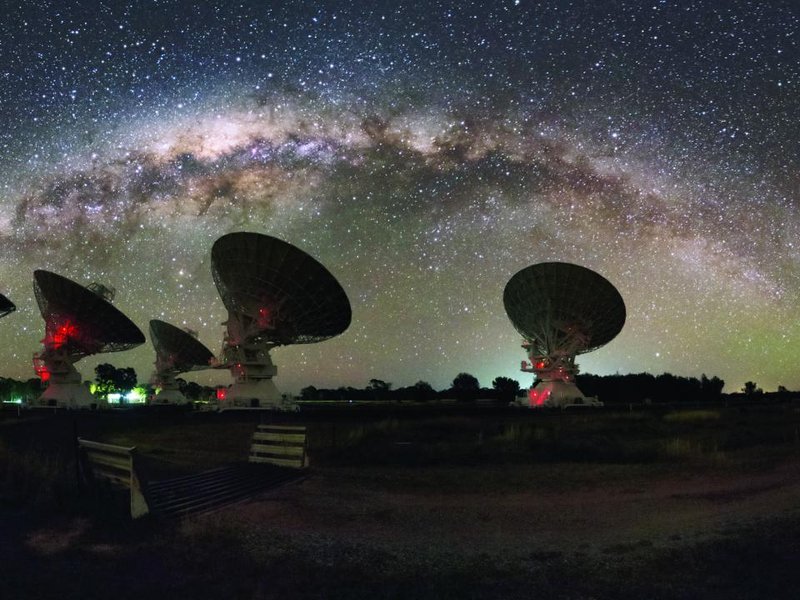 Astronomers have finally been able to shed some light on the one of the greatest modern astrological mysteries. They have determined the source of a fast radio burst (FRB) that swept past our planet on April 18, 2015; a burst so powerful it released two days worth of our Sun’s energy in only a fraction of a second. But, for those of us who are less knowledgeable about mysterious interstellar energy patterns than others, what exactly is a FRB, and why is being able to track this one so significant?

Jeffrey Peterson from Carnegie Mellon’s McWilliams Center for Cosmology describes a FRB as a “flash of radio brightness that appears on the sky, lasts for a second, and then disappears, and then never repeats.”

“Never repeats”. This is what has caused the great mystery to arise around the FRBs. They are completely random, and, until now, we had no idea where from they originated. Some have speculated the source to be anything from pulsars to aliens, but there has been very little information for astronomers to work off of. This most recent FRB, FRB 150418, is the only the 17th FRB to be detected. Out of those 17, most were discovered by going through past data rather than being detected as they took place.

So how were astronomers able to solve the mystery with the arrival of FRB 1501418? Data being collected by Australia’s CSIRO Parkes radio telescope was sent to a supercomputer at Swinburne University of Technology in Melbourne, Australia. The computer was able to process the data fast enough that astronomers were able to see the data in real time. Then they waited.

On April 18, 2015 a new FRB was detected. Astronomers across the globe had prepared for this moment, and a network of telescopes were set to search out the origin of the FRB. The Australia Telescope Compact Array was able to observe the radio “afterglow” from the FRB. The ATCA then localized the source of the signal. The Japanese Subaru telescope located in Mauna Kea, Hawaii was next to take the lead in the search. The Subaru was able to see the patch of sky that the ATCA had tracked the FRB to. And what did they see there?

“There’s only one thing there,” says Dr. Evan Keane, a scientist at the Square Kilometer Array and a leader behind the initiative to discover the source of the FRBs “and it’s a galaxy, an elliptical galaxy.”

This elliptical galaxy, which is over 6 million light years away, tells us a lot about the signal’s origin.Â The galaxy is very old with little to no new stars being formed. This eliminates the idea that the source could be a pulsar, the most popular held theory behind FRBs. Other theories have speculated at the collision of two cosmic objects such as two black holes coming into contact.

Based on this new discovery, Keane believes the radio burst originated from the collision of two neutron stars within the galaxy. The evidence suggests that what we are detecting as FRBs are the cosmic shockwaves of two massive entities colliding into one another.