This Death Valley Fish is a Younger Species than We Thought 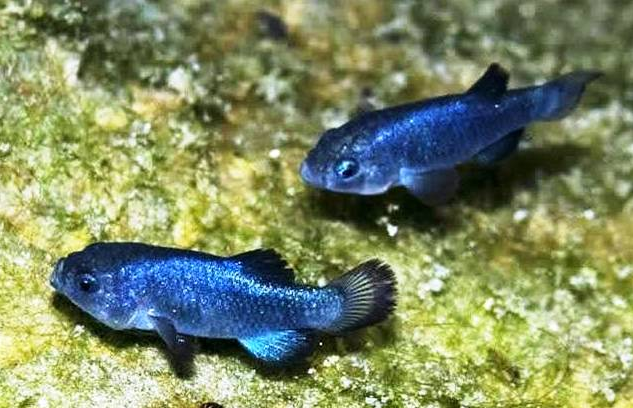 The Devils Hole Pupfish are possibly the rarest fish in the world. As few as 35 individuals have been counted among them in the past. This specific species of fish only appears in a single rock shaft – known as the Devils Hole – in the U.S.’s Death Valley. And they may only be a few hundred years old.

According to the BBC, previous studies suggested that the Devils Hole pupfish could have become its own distinct population from the other pupfish of Death Valley more than 10,000 years ago. However Dr. Christopher Martin and his team have recently performed studies on the genetics of the fish. Their findings? They estimate that Devils Hole was only colonized 105 to 830 years ago.

Thousands of years ago, large swaths of Death Valley were underwater. Scientists have always subscribed to the belief that the Devils Hole pupfish population is merely a remnant from when those waters drained, leaving behind the current desert. But if we are only speaking in the terms of hundreds of years, how did these fish come to inhabit this small crevice in the center of one of the hottest and driest deserts in the world?

Dr. Martin has a few theories.

He speculates that they were brought to the Devils Hole during some flooding event – such as the great flood of 1862, the largest rainfall event ever recorded in California/Nevada. The time frame lines up quite well with their findings.

Alternatively, we also know that pupfish eggs are adhesive and stick to vegetation. It’s possible some of these eggs attached themselves to a bird’s leg, and were thus transferred to the Devils Hole.

Or perhaps Native Americans directly moved the fish there. Unlikely, but still not outside the realm of possibility.

Whatever the force that brought the Devils Hole pupfish across Death Valley, Dr. Martin calls them “special fish” unlike any other.