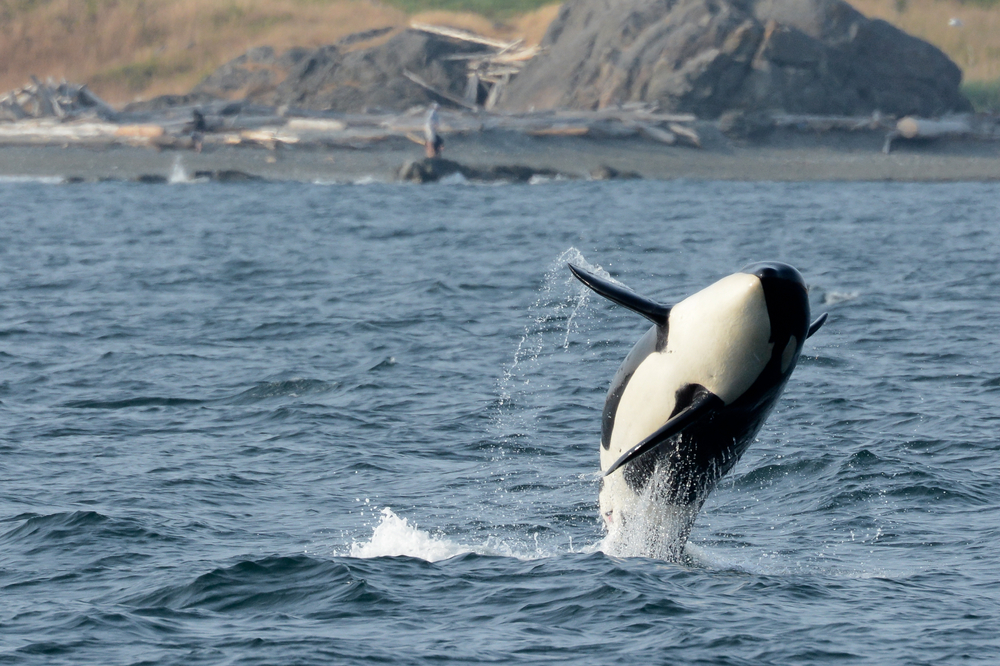 A new study in Scientific Reports findsÂ that the oceans around Europe are in serious trouble.

Polychlorinated biphenyls (PCBs) may have been banned as far back as the 1970s, but their use in paints and flame retardants was so prevalent for years that our oceans are measuring atÂ “dangerously high levels” for the chemicals.

This group of manmade chemicals was used primarily in electronic equipment, but it’s their use in paint and as flame retardants that’s been causing the most problems, as the toxins have made their way into our fragile ocean ecosystems via runoff from rivers and estuaries.

It took many years for the pollutants to make their way through the food chain, but now Europe’s oceanic apex predators are paying the price.Â The cost of this pollution is the mass die offs of large sea mammals.

The lead author of a study looking at PCBs in our oceans,Â Dr Paul Jepson, a wildlife veterinarian from the Zoological Society of London, said: “For striped dolphins, bottlenose dolphins and killer whales, we have mean PCB levels that are excessive – they are really high – probably the highest in the world right now, by some way.

“Europe is a big big hotspot.”

The levels of pollution are so high that some populations of killer whales are facing extinction.

The United States was the first major country to ban the use of PCBs in 1979, with the U.K. close behind in 1981 and the EU finally catching up in 1987. Since PCBs are durable chemicals, even 30 years of bans isn’t enough to stem the tide of their destruction.

Some of the ailments caused by PCBs are various types of cancer, low fertility rates and the suppression of animals’ immune systems. The low fertility rates can be measured by declining birthrates, as immune suppression simultaneously affects the life expectancy of calves and young adults. With the high levels of contamination and the wide range of problems caused in sea life, the extent of the problem is yet to be fully realized.

“Our findings show that, despite the ban and initial decline in environmental contamination, PCBs still persist at dangerously high levels in European cetaceans,” explained Dr Jepson.

How big of an impact are PCBs having on large sea mammals?

“There are only eight killer whales left around the west of Scotland and Ireland,” said Dr Jepson.
“This is a population studied for many years, and there has not been a calf in all the years that this group has been studied, so that population will go extinct.”

Where do we go from here?

“Our research underlines the critical need for global policymakers to act quickly and decisively to tackle the lingering toxic legacy of PCBs, before it’s too late for some of our most iconic and important marine predators,” said co-authorProf Robin Law.