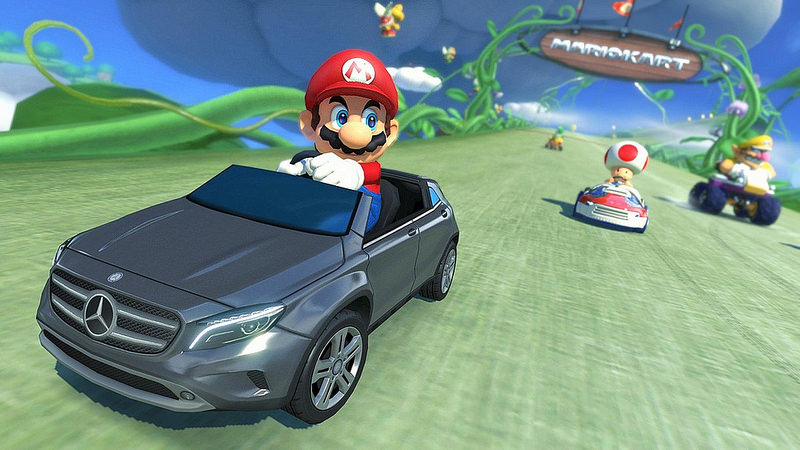 Nintendo have announced that they will hold the first ever competitive event for Mario Kart later this month. Whilst Nintendo are calling this âcompetitive gamingâ, it might not be sort of event that instantly comes into your mind when you think of the phrase.

The event, called Clash of the Karts, will only be open to what theyâre describing as eight of âAmericaâs best young gamersâ. As this is the first event of its kind and there hasnât been any qualifying rounds, weâre not quite sure how the contestants were chosen.

The event is being very much targeted at young people, which is a shame as many adults love playing the game. Itâs only being held over one day and the highlights of the action will be shown on the Disney Channel in the US. The players will also somehow be teamed up with YouTube personalities as part of the competition, although itâs currently unclear how that will work either.

Nintendo are hoping that this event will be treated with the same status as other competitive gaming tournaments, and of course shift more copies of the struggling Wii U console. But as it is only open to eight children who have seemingly been chosen by Nintendo and havenât won their place in the competition, itâs hard to see how it will be.

Another problem is that the event is in December, which will be a very busy month for eSports. Most people will be too busy looking forward to the ESL ESEA Pro League finals which are the week after the Nintendo event. Although the event is only in its second season, itâs been hugely popular and competitive during the qualifying rounds. The final is proving to be extremely entertaining, with very little separating the two favourites, with bookmakers Betway offering 39/20 for Fnatic and EnVyUs at 11/5. If youâd rather follow the highly competitive event, then Betway will be offering the latest odds and breaking news during the lead up to the event.

Whilst this event might just be for the kids, it has got many people thinking whether the game would make a good, worldwide competition that could attract some real competitive gaming. Anyone who has ever played Mario Kart will know that the seemingly simple game can become extremely competitive between friends. It would also provide some of the most exciting gaming, as we all know a bad run of boxes can send anyone for first place to last. But is there enough skill to attract the most competitive gamers? Whilst winning the game does require a whole lot of luck, it also requires a good driver who can also tactically release those shells at the right time.

So itâs unclear to see how much of a spectacle the Clash of Karts will be with its young competitors, but if they want to make it into a worldwide event open to all, it could be something amazing that brings a whole new audience to competitive gaming.