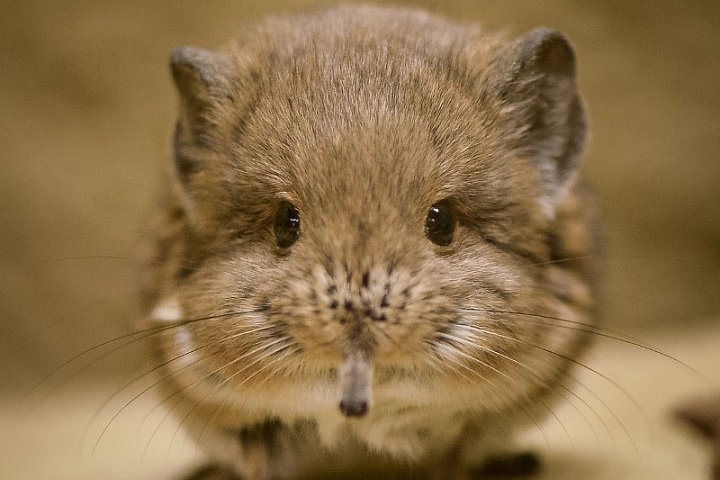 Two African sengis, which were born at Chester zoo last year in a special behind-the-scenes breeding facility, have made their first public appearance.

The tiny sengis are also known as round eared elephant-shrews are not thought to be directly linked to their shrew cousins in other parts of the world and are more closely related to elephants, and are amongst very few mammals that naturally pair up for life.

Sengi, scientific name Macroscelides proboscideus, weigh between 30 and 45 grams and grow only to be four inches in length, making them the smallest of the 19 sub-species. They are native to Botswana, Namibia and South Africa and are found in a range of habitats including desert, forest and scrubland. At Chester Zoo they can be seen inside its Secret World of the Okapi exhibit.

“Theyâre a really charismatic and intriguing little species and, having now had our first successes with encouraging them to breed, weâre beginning to learn more and more about them”, said James Andrewes, assistant team manager at Chester Zoo. “In fact, there are nineteen different species of sengi, which are very poorly known in the wild and only as recently as last year a new species was discovered in Namibia.”

Andrewes said that these species was commonly known as the elephant-shrew, but now they are being reffered to as sengi so as not to confuse them with true shrews.