‘Alien’ faces peeking out of caves on Mars! 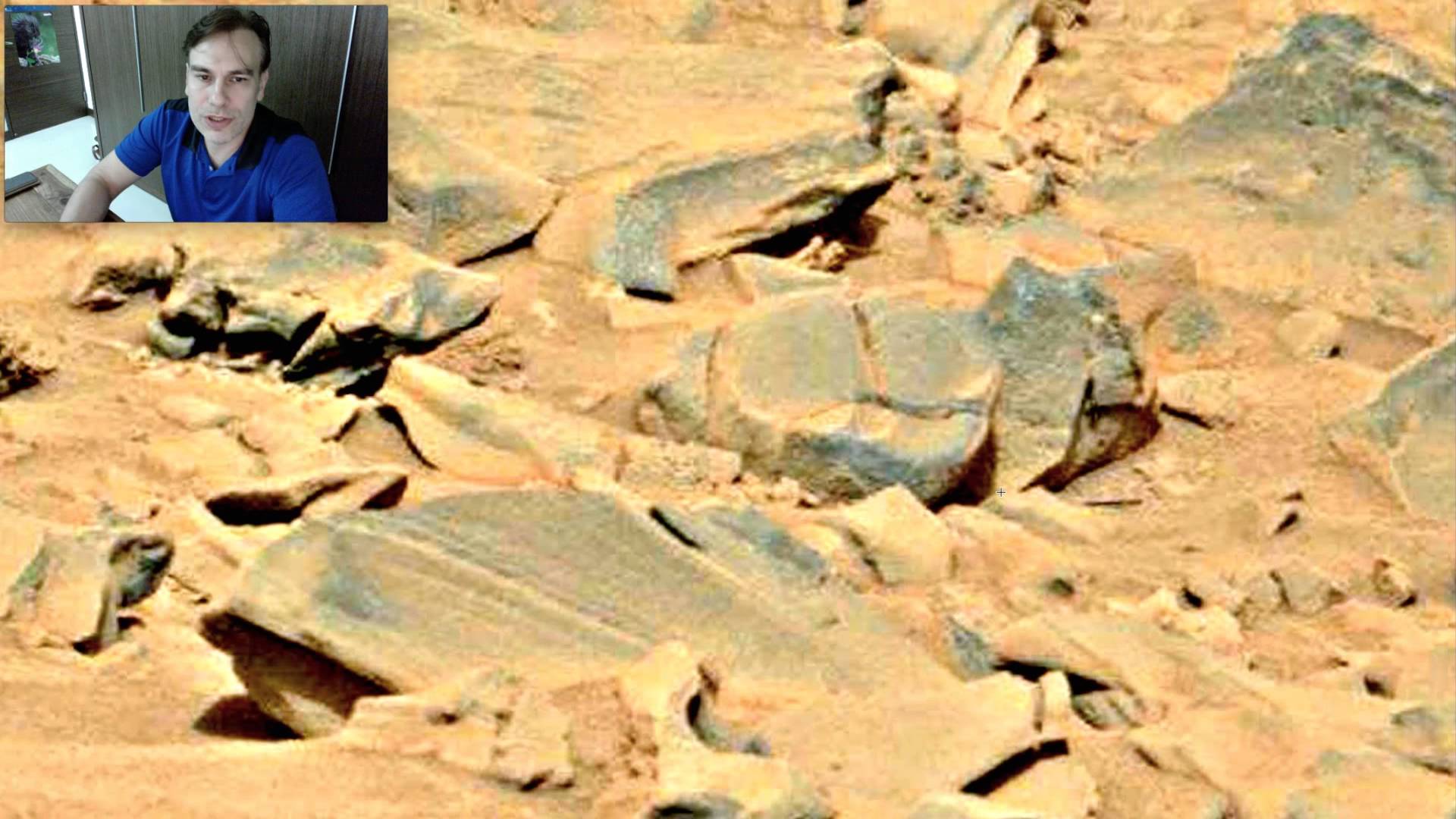 Reports of strange sightings on Mars don’t take a break and won’t for as long as we continue to explore the Red Planet with the latest sighting of two alleged ‘alien’ faces looking at Curiosity.

Long time UFO and alien enthusiast Scott C. Waring of UFOSightingsDaily has claimed to have spotted alien faces as well as a couple of other anomalies in one of the images captured by Mars rover Curiosity. Waring says that the two ‘alien’ faces are looking at Curiosity from caves.

The latest set of anomalies on Mars have been revealed just just days after there were reports of a crashed drone, and possible house-like structures. Waring untiringly goes through tens of images [possibly hundreds] every day to find these anomalies and present them to us because he believes NASA and US government are hiding a lot of information about Mars and what they have found on the Red Planet.

Waring says that he figured out he had something important when he quickly examined the photo [raw image]. According to him there are several interesting anomalies in the same photo with a couple of faces of alien beings or may be statues and a couple of them being actual creatures themselves.

“There was something reddish inside of a hole. I though maybe it was an animal so I enlarged it 6X and added some light and to my surprise, it was a face of an alien”, Waring notes on his blog. “Then I noticed some smoky shadow above it and stared at it a minute to let my eyes adjust. It was a black hairy creature, much like earlier humans.”

Waring notes that it is impossible to determine if these are statues or living creatures until NASA takes a closer look using its rover Curiosity. “NASA has our knowledge at their fingertips, but if they don’t wish to use it, thats their choice”, he notes.

“If we can prove NASA already knows these things, we can take the to trial for Crimes Against Humanity…for hiding the most important discoveries in human history. Alien civilizations”, he concludes.