China has its eyes set on Mars; wants to land rover by 2020 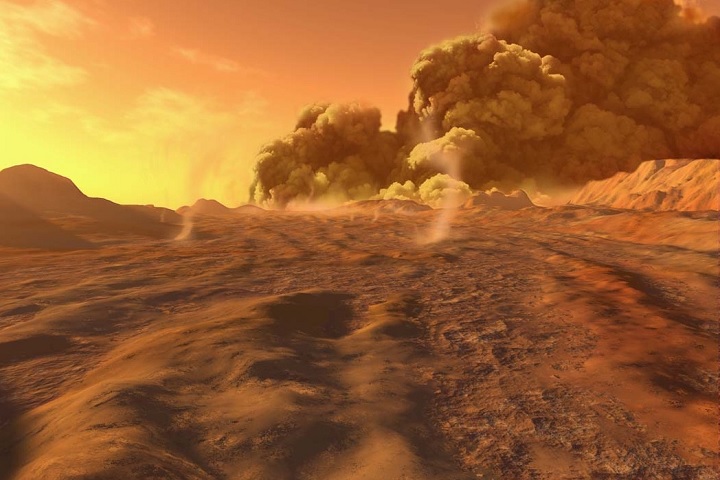 Mars will soon be home to a Chinese rover if reports in the local media are to be believed. According to state owned news agency Xinhua, China has unveiled a model of its Mars rover in Shanghai, at the China International Industry Fair.

The model isn’t of the exact size as the actual rover and according to the report, it is about one third of the size of the real thing. The report also notes that the original mission will comprise of two parts – one will be the orbiter and the second would be the lander. The team that is handling the mission demonstrated to the public how they are planning to send the rover and what functions will it perform once on the Red Planet.

The officials revealed that the probe’s main mission will be to conduct a comprehensive remote sensing and a surface landing. The news comes just days after NASA announced presence of flowing water on present day Mars.

China has already established its presence on Moon with an unmanned lunar probe that was launched two years ago and now the country is planning another such mission in 2017. At that time, the country will be beginning the third phase of its lunar exploration by launching the Chang’e-5 spacecraft, which plans to land on the moon and return with soil samples.

Alongside its 2020 Mars mission, China is also planning to send a mission to the ‘dark side‘ of the Moon. If China is able to achieve this, it will be the first country to have presence on the other side of the Moon, though Russia and Europe have also expressed similar interests.

Experts say a major challenge facing Chinese space scientists is to keep communication between the Mars probe and its earth-bound handlers open and efficient, as the great distance between the two planets is likely to reduce signal strength.

The longest distance would be 400 million kilometers — 900 times of that between the earth and the moon — and it would take about 40 minutes for the rover to get in touch with the command station on earth.