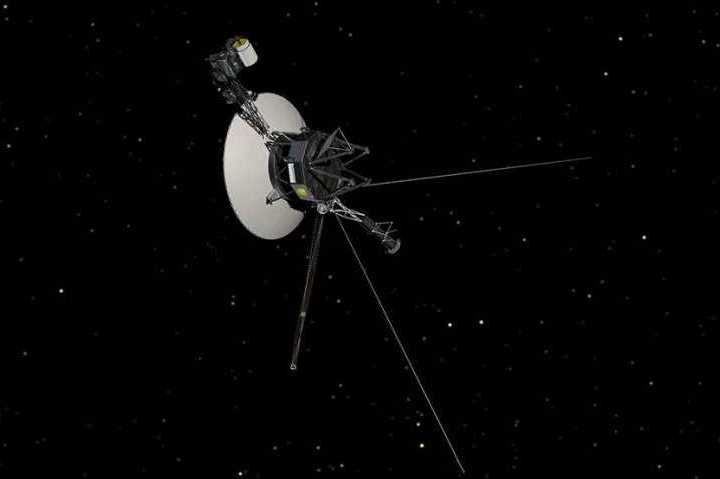 NASA has revealed through a new study of Voyager 1 observations that the spacecraft, which has already crossed into interstellar space, will reach a more ‘pristine’ region of the medium in 10 years.

The findings were put forwards by a team of scientists that revisited Voyager 1 observational data to seek answers to things that were puzzling with regard to the magnetic field around the spacecraft, as they differed from what scientists derived from observations by other spacecraft.

According to the fresh study by a team of researchers led by Nathan Schwadron of the University of New Hampshire, the direction of the magnetic filed has been slowly turning ever since the spacecraft crossed into interstellar space. They believe this is an effect of the nearby boundary of the solar wind, a stream of charged particles that comes from the sun.

Voyager 1 zoomed past Jupiter, Saturn, Uranus and Neptune, and crossed into interstellar space. This means that the spacecraft had left the heliosphere — the bubble of solar wind surrounding our sun and the planets. Observations from Voyager’s instruments found that the particle density was 40 times greater outside this boundary than inside, confirming that it had indeed left the heliosphere.

But so far, Voyager 1’s observation of the direction of the local interstellar magnetic field is more than 40 degrees off from what other spacecraft have determined. The new study suggests this discrepancy exists because Voyager 1 is in a more distorted magnetic field just outside the heliopause, which is the boundary between the solar wind and the interstellar medium.

“If you think of the magnetic field as a rubber band stretched around a beach ball, that band is being deflected around the heliopause,” Schwadron said.

In 2009, NASA’s Interstellar Boundary Explorer (IBEX) discovered a “ribbon” of energetic neutral atoms that is thought to hold clues to the direction of the pristine interstellar magnetic field. The so-called “IBEX ribbon,” which forms a circular arc in the sky, remains mysterious, but scientists believe it is produced by a flow of neutral hydrogen atoms from the solar wind that were re-ionized in nearby interstellar space and then picked up electrons to become neutral again.

For the latest study, researchers have used multiple data sets to confirm that the magnetic field direction at the center of the IBEX ribbon is the same direction as the magnetic field in the pristine interstellar medium. Observations from the NASA/ESA Ulysses and SOHO spacecraft also support the new findings.

“All of these different data sets that have been collected over the last 25 years have been pointing toward the same meeting point in the field,” Schwadron said.

Over time, the study suggests, at increasing distances from the heliosphere, the magnetic field will be oriented more and more toward “true north,” as defined by the IBEX ribbon. By 2025, if the field around Voyager 1 continues to steadily turn, Voyager 1 will observe the same magnetic field direction as IBEX. That would signal Voyager 1’s arrival in a less distorted region of the interstellar medium.

“It’s an interesting way to look at the data. It gives a prediction of how long we’ll have to go before Voyager 1 is in the medium that’s no longer strongly perturbed,” said Ed Stone, Voyager project scientist, based at the California Institute of Technology in Pasadena, who was not involved in this study.

Voyager 1 and Voyager 2 were launched 16 days apart in 1977. Both spacecraft flew by Jupiter and Saturn. Voyager 2 also flew by Uranus and Neptune. Voyager 2, launched before Voyager 1, is the longest continuously operated spacecraft. Voyager 1 is the most distant object touched by human hands.