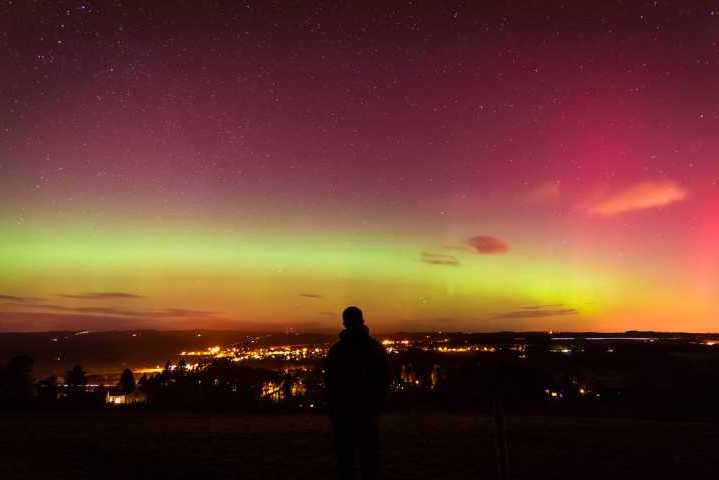 The US National Oceanic and Atmospheric Administration (NOAA) Space Weather Prediction Centre has issued a storm watch for two geomagnetic storms and this could cause Northern Lights that may be visible in parts of South Wales.

According to NOAA, the geomagnetic storms could hit Earth on November 2 and 3 and this will cause the stunning Auroras at the poles and the Aurora Borealis could put up one great show as far as South Wales.

Two geomagnetic storms – one which is of G3 (Strong) category and the other G2 (Moderate) – are expected to disturb the Earthâs magnetic field on November 2 and 3 respectively NOAA said in a storm watch release. These geomagnetic storms will cause high energy solar flares that are know to cause the Auroras..

With the first storm possibly hitting Earth on November 2, those living in Norther Europe and Canada could witness the Northern Lights today and they are expected to last for a few days. The best conditions to view the lights are when the sky is dark and clear of any clouds. Cloud cover ultimately blocks the view of the lights, so make sure you check the weather forecast or our cloud cover forecast before heading out.

As Met Office explains, The lights occur as a consequence of solar activity and result from collisions of charged particles in the solar wind colliding with molecules in the Earth’s upper atmosphere. Solar winds are effectively streams of charged particles. When the magnetic polarity of the solar wind is opposite to the Earth’s magnetic field, the two magnetic fields combine allowing these energetic particles to flow into the Earth’s magnetic north and south poles and put up a beautiful show that we call Auroras.

Auroras usually occur in a band called the annulus (a ring about 1,865 miles across) centred on the magnetic pole. The arrival of a Coronal Mass Ejections (CME) from the Sun can cause the annulus to expand, bringing the aurora to lower latitudes. It is under these circumstances that the lights can be seen in the UK.

Ideally, the lights will be best viewed away from any light pollution, in remote areas, facing the northern horizon – north facing coasts produce some of the best viewing locations. The northern lights are most active during the equinoxes in March/April and September/October.