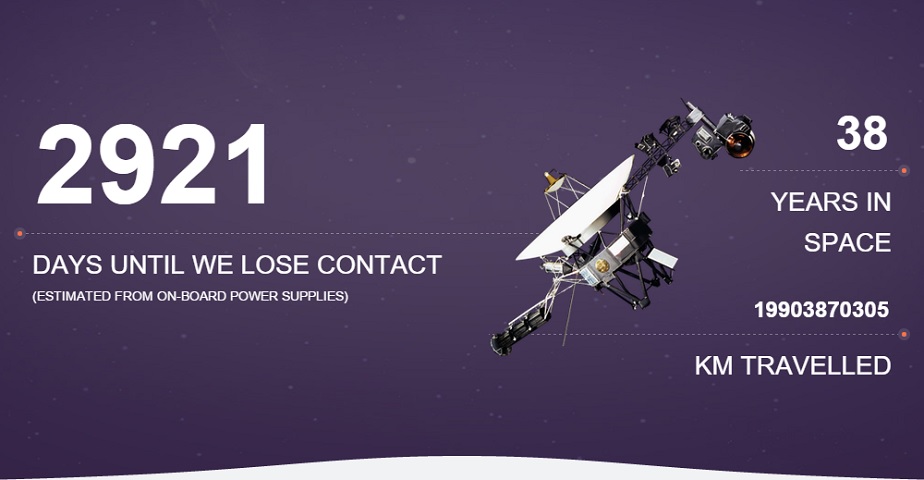 We will soon lose contact with Voyager 1 spacecraft, which has already entered interstellar space, and to have it carry an updated message for ‘aliens’ a campaign has been started on Facebook that requests people to provide ideas about what this message should be.

Launched on September 5th, 1977, the Voyager 1 spacecraft has been officially named as the first spacecraft to ever leave the boundary of our Solar System –Â meaning that it has left the heliosphere – and enter the so called interstellar space. The message that was initially recorded on the spacecraft through a golden CD still remains, but it doesn’t reflect the changes in our society, our technological advancement, and our understanding.

Same is the case with Voyager 2 spacecraft, which was released soon after the Voyager 1. It also has message for any extraterrestrial intelligent life to decode, but it is also reveals a picture about us as we were in the late 1970s.

This is where the campaign and the message that it wants to record, relay and store on Voyager spacecrafts come in.

“Our technologies had also become increasingly digital, raising our computing capability, pushing the frontiers of our knowledge faster & accelerating our development as a single, interconnected global civilization; with all the advantages and problems that this brings”, reads part of one of the suggested messages as posted on the campaign page.

While there is no guarantee that the spacecrafts will be intercepted by intelligent beings capable of decoding the Golden Record and the digital message that we send out, campaign creators note: “Why not try? Given all the effort which has gone into getting the two Voyager spacecraft to leave the Solar System, why not attempt this final, relatively simple and easy gesture of interstellar communication? Such an exercise in thinking of a short, pithy message which encapsulates how we’ve changed as a society in the last 4 decades, and what our hopes for the future are, is an interesting thing to do.”

The campaign has no NASA backing, but its creators intend to persuade the agency to send a final message to the voyagers.