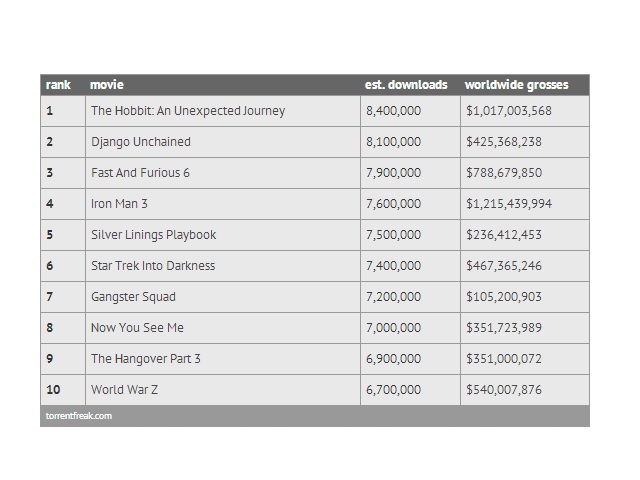 Some of the top grossing movies of 2013 also made it to the top pirated charts of 2013 including the likes of The Hobbit: An Unexpected Journey, Iron Man 3 and Django Unchained.

There are those who have claimed that piracy has its upsides; however, a majority of the industry believes that they affect revenues and some are of the opinion that rampant piracy may even âlead to the death of films.”

One of the biggest surprises of the top 10 last year was Gangster Squad, which managed to rake in just $100 million but still managed to gain seventh position with 7.2 million downloads.