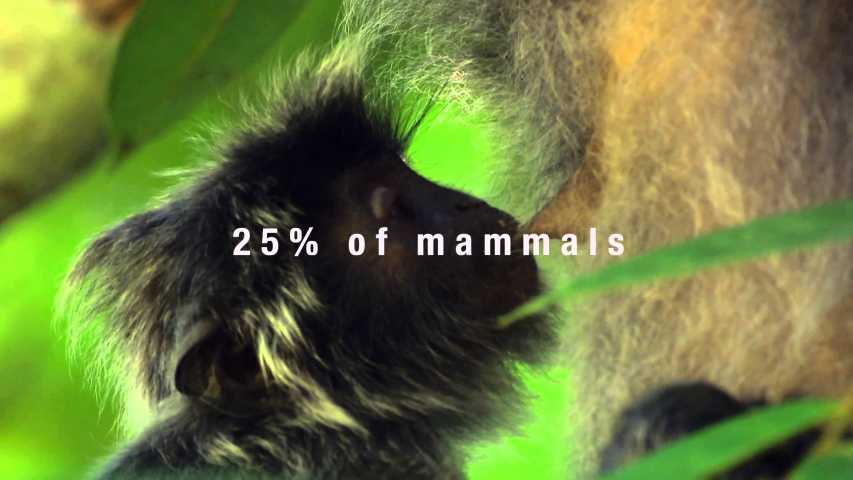 Four British birds have been added to the revised International Union for Conservation of Nature (IUCN) Red List taking the total of UK bird species considered to be facing danger to eight.

Among the four birds added to the list are puffin and turtle dove. The update was announced by BirdLife International on behalf of IUCN. The inclusion of these birds indicate that they are in danger of facing risk of global extinction. The IUCN has also added 14 new UK species to the Near Threatened category suggesting that any further deterioration in their status could see them added to the red list too.

The Red List has also seen inclusion of a number of other birds from other countries including vultures where several African species have been listed as Critically Endangered – meaning that they are just one step away from facing global extinction. In Africa, vultures are facing persecution and they are regularly poisoned or trapped, the IUCN notes.

The Royal Society for the Protection of Birds (RSPB) notes that the IUCN list indicates a lot of things including deterioration in the fortunes of some seabirds, such as puffin and razorbill; an ongoing and increasingly intense threat to wading birds, such as godwits, curlew, oystercatcher, knot and lapwing; and an increasing deterioration in the status of marine ducks, such as common eider, joining velvet scoter and long-tailed duck as species of concern.

This year’s changes in details

Atlantic puffin: Europe has the highest concentration of these birds and even though the numbers of these birds run into millions globally, breeding failures at some key colonies over recent years have been worryingly high, with many fewer young birds being recruited into the breeding population. The decline in the number of younger birds means that the species has been assessed as Vulnerable. Large declines have been reported in Iceland, the Faroe Islands and Norway, which together hold 80 per cent of the European population. In the UK, there have been significant losses on Fair Isle and the Shetland Islands, but elsewhere in the UK this seabird seems to be doing well.

Turtle dove: Over the course of last 16 years, there has been a population decline in turtle doves by over 30 per cent across Europe. This decline has resulted into its threat status rise from Least Concern to Vulnerable. Scientists from the RSPB and other BirdLife International partners are trying to establish the reasons for the decline in the UK and Europe. The decline in the UK has been particularly high, with more than nine out of every ten birds being lost since the 1970s.

Pochard: The pochard occurs widely across Europe and Asia. Recent information collated from across Europe indicates that this duck has declined significantly in recent years and that this decline is ongoing. Globally, the pochard has been uplisted to Vulnerable. In the UK, the numbers of nesting pochard and the number of wintering individuals have declined markedly.

UK and European wading birds: The addition of knot, curlew sandpiper, bar-tailed godwit, oystercatcher, and lapwing to the list of Near Threatened Species is troubling for this group of birds, especially as the newly-listed species join others, such as the curlew and black-tailed godwit, which have been listed as Near Threatened in previous assessments.

The lapwing is a species which nests widely across Europe, including formerly most parts of the UK. Information from across Europe indicates that this bird has declined significantly in recent years and that this decline is ongoing.
The bar-tailed godwit, knot and curlew sandpiper are species which nest in the high Arctic and spend the winter on coasts further south, including in Britain. Declines in parts of their wide range, such as Siberia or eastern Asia, has led to the listing of these species as Near Threatened.

African vultures: six of Africaâs 11 vulture species have had their global threat status upgraded to a higher level. Four of the species have been uplisted to Critically Endangered the highest category of threat before extinction. The main causes of the drop in African vulture populations are thought to be indiscriminate poisonings, where the birds are drawn to poisoned baits meant for predators such as lions or hyenas. The use of vulture body parts in traditional medicine and deliberate targeting by poachers trying to prevent the authorities being alerted to illegal ivory poaching or other wildlife crimes are also significant reasons for the illegal killing of vultures.

UK and European seaducks: Although the eider has a large global range across North America, northern Europe and northern Asia, new information from Europe suggests that this marine duck has declined significantly in recent years and that this decline is ongoing. The eider is one of a number of coastal ducks which have declined in recent years. In the UK, the long-tailed duck and the velvet scoter have both been listed as Vulnerable and Endangered respectively. Although this yearâs revision of the red list has seen the velvet scoterâs status dropped to Vulnerable.

Todayâs assessment is not all bad news. One particular conservation highlight is the Seychelles warbler. Once one of the worldâs rarest songbirds, it was present on a number of Seychelles islands until human disturbance reduced it to a single population of just 26 birds on tiny Cousin Island in 1968. The island was purchased by the International Council for Bird Preservation (the forerunner to BirdLife International) in that year.

Subsequent intensive conservation management, such as the clearance of coconut plantations, which allowed the warblerâs woodland to regenerate, and translocations to four other Seychelles islands, means the population reached 2,800 individuals in 2014, with conservationists expecting it to rise to a capacity of around 7,000 birds in future. As a result the species has been downlisted from Vulnerable to Near Threatened.

Gwyn Williams, is the RSPBâs Head of Reserves and Protected Areas. He said: âTodayâs assessment is a warning that nature is in trouble, but with funding and the right conservation measures threatened species can recover.â