TB ranks alongside HIV as a leading cause of death worldwide, WHO says 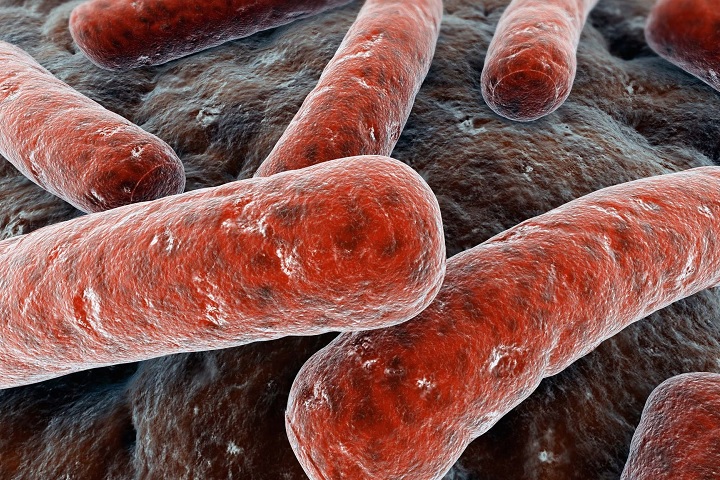 The World Health Organization (WHO) has revealed that while the fight against tuberculosis has met with great success, the disease is still a leading cause of deaths worldwide.

In its latest Global tuberculosis report 2015, which was yesterday in Washington reveals that extensive campaign against the disease has seen TB mortality reduced by half as compared to 1900; however, as many as 1.5 million people died from TB in 2014. WHO says most of these deaths could have been prevented.

WHO calls for reduction of gaps between detection and treatment while also calling for increased funding for research into the filed to develop new diagnostics, drugs and vaccines. The report highlights the impact of the Millennium Development Goals (MDGs) and that the effective diagnosis and treatment saved 43 million lives between 2000 and 2015.

âThe report shows that TB control has had a tremendous impact in terms of lives saved and patients cured,â said WHO Director-General Margaret Chan. âThese advances are heartening, but if the world is to end this epidemic, it needs to scale up services and, critically, invest in research.â

Those advances include the achievement of the MDG that called for halting and reversing TB incidence by 2015. The goal was reached globally and in 16 of the 22 high-burden countries that collectively account for 80% of cases. Worldwide, TB incidence has fallen 1.5 per cent per year since 2000, for a total reduction of 18 per cent.

âDespite the gains, the progress made against TB is far from sufficient,â according to Dr Mario Raviglione, Director of WHOâs Global TB Programme. âWe are still facing a burden of 4,400 people dying every day, which is unacceptable in an era when you can diagnose and cure nearly every person with TB.â

This yearâs report describes higher global totals for new TB cases (9.6. million) than in previous years. However, these figures reflect increased and improved national data and in-depth studies rather than any increase in the spread of the disease. More than half of the worldâs TB cases (54 per cent) occurred in China, India, Indonesia, Nigeria and Pakistan. Among new cases, an estimated 3.3 per cent have multidrug-resistant TB (MDR-TB), a level that has remained unchanged in recent years.

The detection gap is significant. Of the 9.6 million people who fell ill with TB in 2014, 6 million (62.5 per cent) were reported to national authorities. That means that, worldwide, more than a third (37.5 per cent) of the cases went undiagnosed or were not reported to national authorities. The quality of care for people in the latter category is unknown.

Detection and treatment gaps are especially serious among people with MDR-TB, which remains a public health crisis. Of the 480,000 cases estimated to have occurred in 2014, only about a quarter â 123,000 â were detected and reported to national authorities. The 3 countries with the largest numbers of cases are China, India and the Russian Federation.

Treatment initiation for those diagnosed with MDR-TB substantially increased and almost all cases detected in 2014 started treatment. Forty-three countries reported cure rates for MDR-TB patients of more than 75 per cent. Nevertheless, globally, data shows an average cure rate of only 50 per cent for treated MDR-TB patients.

Treatment is improving, with 77 per cent of patients known to be co-infected with HIV and TB getting antiretroviral medicines in 2014.

The number of people living with HIV who were given TB preventive therapy was nearly 1 million in 2014, an increase of about 60 per cent compared with 2013. More than half (59 per cent) of these people were in South Africa.

âA primary reason for detection and treatment gaps is a major shortfall in funding,â said Dr Winnie Mpanju-Shumbusho, WHO Assistant Director-General for HIV, TB, Malaria and Neglected Tropical Diseases. This shortfall amounted this year to US$ 1.4 billion of the US$ 8 billion needed to fully implement interventions. In addition, an annual funding gap of at least US$ 1.3 billion must be filled for research that would include the development of new diagnostics, drugs and vaccines.

From 2016, the global goal will shift from controlling TB to ending the global TB epidemic. The End TB Strategy, adopted by all WHO Member States, serves as a blueprint for countries to reduce TB incidence by 80% and TB deaths by 90% and to eliminate catastrophic costs for TB-affected households by 2030.

âEnding the TB epidemic is now part of the Sustainable Development Goal agendaâ said Dr Eric Goosby, UN Special Envoy on Tuberculosis. âIf we want to achieve it, weâll need far more investment â at a level befitting such a global threat. Weâll also need progress on universal health coverage and poverty alleviation. We want the most vulnerable communities worldwide to gain first, not last, in our efforts.â