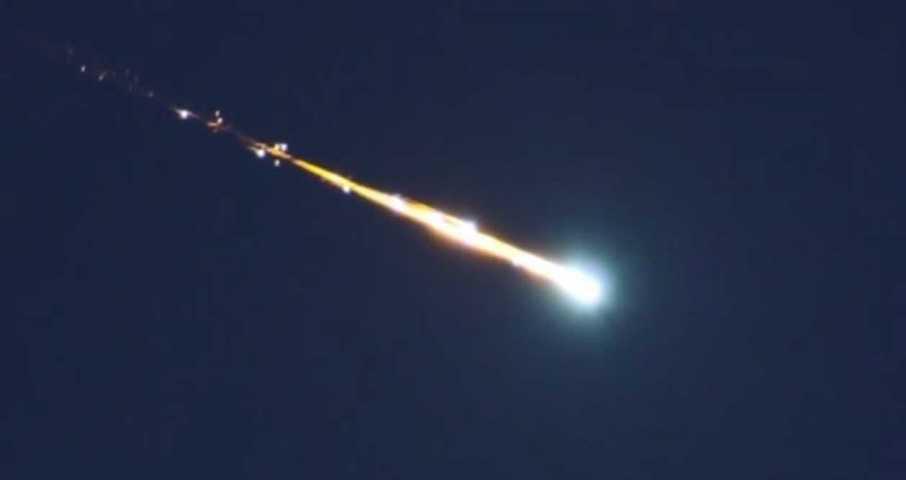 Earth is surrounded by space junk of different sizes and it is for the first time that one of these is going to reenter Earth’s atmosphere on November 13, but according to European space agency it does pose a serious risk.

According to the space agency, most of the space junk named ‘WT1190F’ – believed to be a discarded rocket body – is going burn up in the atmosphere, but there could be small remnants that will end up splashing in the Indian ocean some 100 km south of Sri Lanka. According to calculations the expected entry time is 06:19 GMT on November 13.

The space agency also revealed that the rocket body is just a couple of metres in diameter and its mass isn’t sufficient to cause any risk to the area; however, during its final stages of the reentry, it will put up a spectacular show for a few seconds as it will be quite bright in the mid-day sky

ESA is using this opportunity to better understand how objects from space interact with Earth’s atmosphere. ESA says observations and data collected during the reentry will help improve orbital models and reentry prediction tools, and can be used by scientists studying near-Earth objects (NEOs), such as natural asteroids, or the orbital decay of artificial objects such as satellites.

Discovered by the Catalina Sky Survey in 2013, WT1190F has been observed several times since then by the same team, who have been sharing their data via the US-based Minor Planet Centre (MPC), the International Astronomical Unionâs official repository for such observations. The object is believed to be a discarded rocket body and is orbiting Earth every three weeks in a highly âeccentricâ orbit.

âNEO experts have used observational data to estimate the objectâs density, which turns out to be much less than that of the solid rocky material that comprises many asteroids,â says Detlef Koschny, responsible for NEO activities at ESAâs Space Situational Awareness (SSA) programme office. âThis density is in fact compatible with the object being a hollow shell, such as the spent upper stage of a rocket body or part of a stage.â

While the object is man-made, it was discovered by an NEO monitoring system and its orbit has many similarities with an NEO orbit. This enables ESA experts to predict the impact time and location quite precisely, well in advance, which is usually not possible in comparison with reentering space-debris objects.

During the next few weeks, the NEOCC will implement observational campaigns to collect as much data as possible on this object, explains Marco Micheli, as astronomer working at the NEOCC.