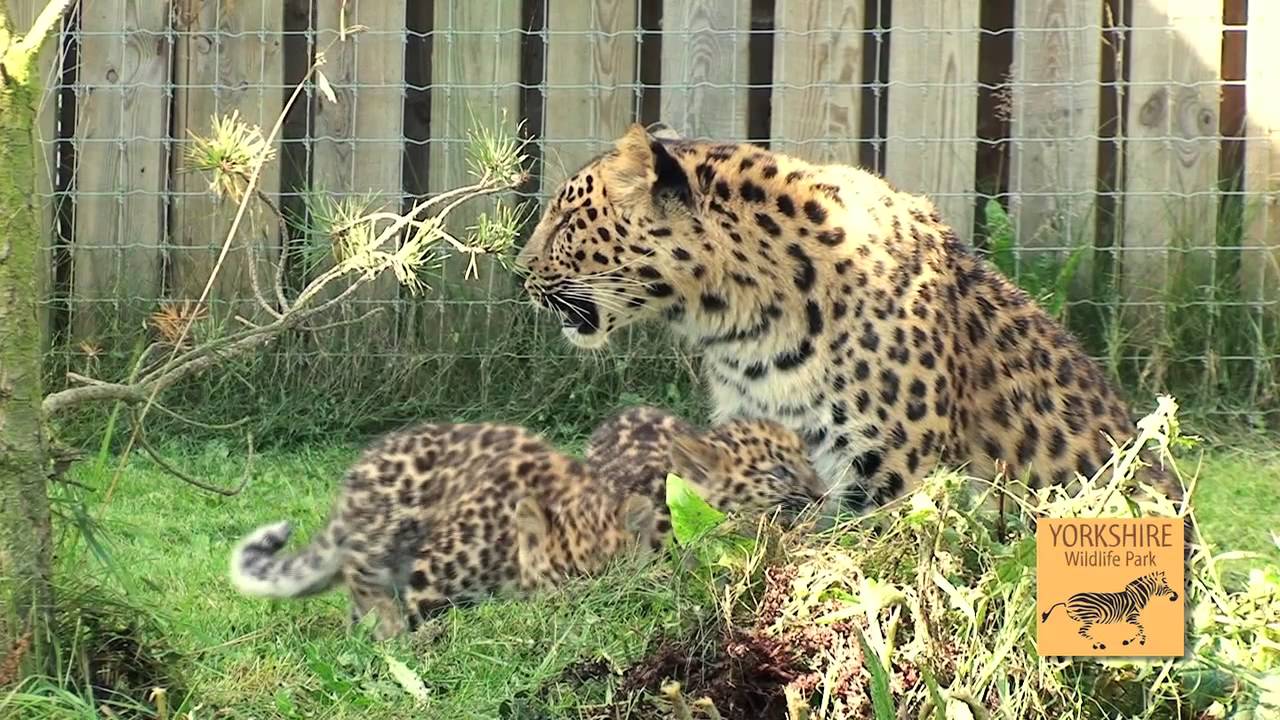 Over three months after they were born, a pair of Amur leopard cubs have been shown to the public for the first time on October 27 at the Yorkshire Wildlife Park.

Symbolic of the conservation efforts carried out by the wildlife park, these Amur leopard cubs are a proud development that conservationists say may play a crucial role in the overall efforts to save the population of these critically endangered big cats.

According to latest reports only 70 odd Amur leopards survive in the wild in their native habitats in East Russia and China. Park officials say that conservationists across the globe have been working with wildlife parks including the Yorkshire National Park to increase the population of these big cats and the cubs along with their parents, Drake and Freya, could play a vital role in this process.

The Amur Leopard reserve dubbed Leopard Heights at the YWP is where these cubs and their parents are housed. The innovative three reserve layout was specifically designed as a breeding centre for these critically endangered cats, with the nursery area out of sight from visitors to give the young cubs and their mother peace and quiet for the first few months of their lives.

Park officials say that the cubs are now feisty and starting to explore their reserve and are ready to move into the next area which has a smaller version of the climbing frame that is a feature of the main reserve where their father Drake can be seen.

When the cubs were born, the Animal Collection manager at the park Simon Marsh had said that the birth of the cubs is an exciting development in the fight to save the critically endangered species from extinction. Marsh added that the parents â Drake and Freya â have reciprocated the efforts of the European breeding programme, which has been working tirelessly towards securing the future.

A few days after the cubs were born, park officials had revealed that they won’t be on display for a few weeks until they are strong enough and all the vaccines have been administered.

There has been a huge international effort to secure the future of this species and the two cubs are part of an exciting programme working towards re-introducing them to the wild,â said Marsh. âConservation and welfare is at the heart of everything we do here so this is painstaking work but with a potentially incredible outcome.â

Like in case of any endangered wild animals, the population of Amur Leopards is dwindling because of extensive poaching as well as disappearing habitat. Through conservation efforts conditions have been stabilising and Amur Tiger and Leopard Alliance (ALTA) is planning to re-introduce them in the Lazovsky Nature Reserve in Southern Sikhote Alin, an area where leopards disappeared approximately 30 years ago.

According to reports, conservation efforts in the native habitats of these leopards have also increased with increased population of leopardsâ traditional prey of sika deer providing confidence that population numbers could rise over the next 15 years.