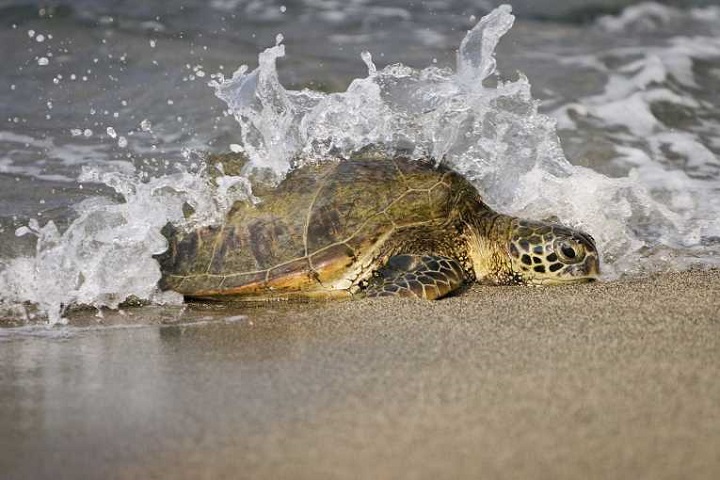 After rare sightings of the loggerhead turtles on UK beaches, the Marine Conservation Society (MCS) has called upon members of the public to report sightings and warned people against putting the turtles back into the sea as they could die.

On October 18, a group of walkers from the coast path at Durlston Head, Dorset, reported sightings of two logger head turtles. Sarah Fargher from Fuzzacker Guided Walks reported the sighting to the MCS and according to her estimates, the turtles were about 50metres from the shore, and could have been between two and three feet in length.

Sightings of the rare loggerhead turtles on UK shores is extremely rare and according to Dr Peter Richardson, MCS Head of Biodiversity and Fisheries, their sightings may increase as they get stranded on UK beaches over the course of next few days as the temperatures of water in the oceans drop. According to Richardson, while it is fantastic to have live loggerhead turtles in UK seas, these turtles are at an increased risk of getting stranded on local beaches as the seas get colder. These turtles will suffer from acute hypothermia and stop eating.

“If they are lucky, they may strand alive on a beach, and if found in time they can be rescued and rehabilitated back to health with specialist treatmentâ, says Richardson.

The MCS has also urged people not to put the turtles back in the sea as they could be hypothermic and with dipping temperatures of the waters in the oceans, putting them back is an absolutely wrong thing to do. Instead members of the public should contact MCS immediately and try and make sure the tides donât wash them back to sea.