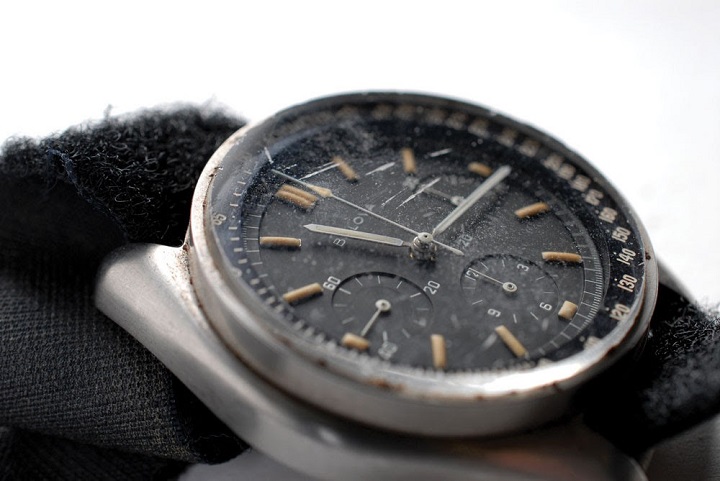 The Bulova Chronograph that astronaut Dave Scott wore during one of his missions on the Moon has fetched Â£1 million ($1.6 million) at an auction organized by RR Auction in the US.

Scott wrote a five-page detailed letter that accompanied the watch at the auction to establish its authenticity by confirming its background and its use on the mission. According to Scott, the watch was exposed to the lunar surface for more than four hours and during the time it suffered from wear and bears remnants of chalky, ash-type lunar material on its band and scratches on its face.

According to the letter, Scott wore the watch during Apollo 15âs third and final lunar surface. Some of the objectives on EVA-3 included exploration and specimen collection at Hadley Rille which verified significant volcanic layering, stereo photography at âStation 10,â and Commander Scottâs iconic âGalileo Test.â

The conclusion of EVA-3 required sufficient time to depart the Moon and rendezvous with the CSM in lunar orbit and the availability of the Bulova ensured that both the crew and Mission Control had confidence that the Lunar Module would depart successfully.

In the letter Scott notes: âThe Bulova Lunar EVA (Wrist) Chronograph and attached velcro wrist strap…was worn by me on the lunar surface during the third EVA of Apollo 15, and then in lunar orbit and return to Earth…The primary use of the wrist chronograph on the surface of the Moon was to track…the elapsed time of consumables use (oxygen, water, and battery) in the Portable Life Support System (PLSS) backpack…Our mission was to basically double the capabilities and requirements of previous missions, including especially the duration of EVAs outside the Lunar Module…At the moment of liftoff, I was fully responsible for the mission and the safety of my crewâ¦Among the decisions I made, the monitoring and use of time was perhaps the most importantâ¦Time is of the essence during human lunar expeditionsâand exploration time on the surface is limited by the oxygen and water (for cooling) we can carry in our backpacksâ¦Knowledge of precise time remaining was essential…as a backup to the standard issued Omega chronograph, I carried and used a Bulova chronograph on the lunar surface…this unique strap was…worn during…each of my three EVAs on the lunar surface.â