Crocodiles do indeed sleep with one eye open: Study 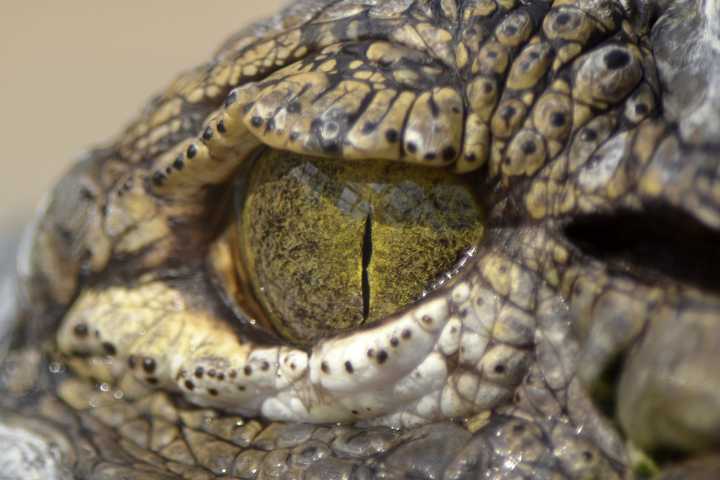 There is now a scientific proof in support of an Australian legend that crocodiles sleep with one eye open. The study has been published in Journal of Experimental Biology.

According to researchers at La Trobe University, Australia, crocodiles sleep with half of their brain active (known as unihemispheric sleep) – a behaviour that is seen in some birds and aquatic mammals. The reason behind this is that it allows crocodiles to stay vigil and keep and eye out for possible threats or prey. During this type of sleep the eye connected to the active part of the brain is open while the other eye remains closed.

Researchers also found that crocodiles were more inclined to sleep with one eye open when humans were present, and that the open eye was always directed towards the human. This is the first study to investigate unihemispheric sleep in crocodiles.

“These findings are really exciting as they are the first of their kind involving crocodilians and may change the way we consider the evolution of sleep,” lead researcher Michael Kelly said. “What we think of as ‘normal’ sleep may be more novel than we think.”

The research enables the scientists to have a better understanding of effective sleep.

“The value of the research is that we think of our own sleep as ‘normal’ – a behavioural shutdown that is a whole-brain affair,” said Dr John Lesku.

“And yet, some birds and aquatic mammals sleep unihemispherically with one eye open. If ultimately crocodilians and other reptiles that have been observed with only one eye closed are likewise sleeping unihemispherically then our whole-brain (or bihemispheric) sleep becomes the evolutionary oddity.”