Russia and Europe have their eyes set on the Moon; will launch mission in 5 years 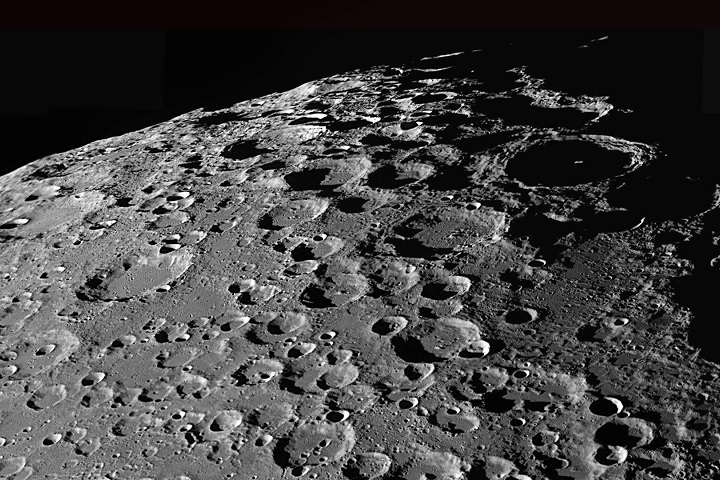 Russian and European space agencies have set their eyes on the Moon – specifically its South Pole – and according to a report on BBC, a lunar mission will be launched in five years.

The idea is to pick up from where Soviet Union left off in mid-1970s when it suspended all its future missions to Earth’s natural satellite. According to BBC, ROSCOSMOS and ESA have already started working in this direction on a mission called Luna 27 under which a robotic mission will be launched by 2020. The report adds that this mission is just one of the series of of missions planned by Russia.

BBC, citing information provided by Professor Igor Mitrofanov of the Space Research Institute in Moscow, says that the two space agencies are collaborating on this one rather than competing with each other.

The missions won’t be maned ones as the two space agencies want to first send robots to Moon on the edge of the South Pole Aitken (SPA) basin, which is an unchartered territory. This dark region is said to be one of the coldest places in our Solar System and because of this it is believed that these regions could pack tonnes of water and other chemicals that have been shielded from heating by the Sun.

The report comes amidst the growing space race to land robots on Moon privately and NASA’s intentions of pursuing deep-space missions.

Dr James Carpenter, Esa’s lead scientist on the project, says that by sending robotic missions to that region of the Moon, the space agencies are looking to investigate whether there is water in usable form and if so whether it can be used as a resource for the future.

“The south pole of the Moon is unlike anywhere we have been before,” Dr Carpenter said. “The environment is completely different, and due to the extreme cold there you could find large amounts of water-ice and other chemistry which is on the surface, and which we could access and use as rocket fuel or in life-support systems to support future human missions we think will go to these locations.”

Further, the report also notes that ESA has started working with its industrial partners to develop a new type of landing system dubbed “Pilot” system that will make use on-board cameras, and laser guidance system and decide for itself on whether a particular landing site is safe for landing or not.

The European space agency is also working on a drill that has been designed to go as deep as 2 meters to collect what is believed to be hard, icy samples.

“We are currently looking at the technologies we would need to penetrate that type of material and are looking at having both rotation and hammering functions. The final architecture has yet to be decided – but this combination of rotation, hammering and depth is a step beyond what we have already flown or is in development today,” Richard Fisackerly, the project’s lead engineer, told BBC News.

ESA will also be providing a sort of on-board miniaturised laboratory dubbed ProSPA – something that resembles the one on Philae lander. Through ProSPA, the space agencies will search for water, oxygen, fuel and other materials that can be exploited by future astronauts.