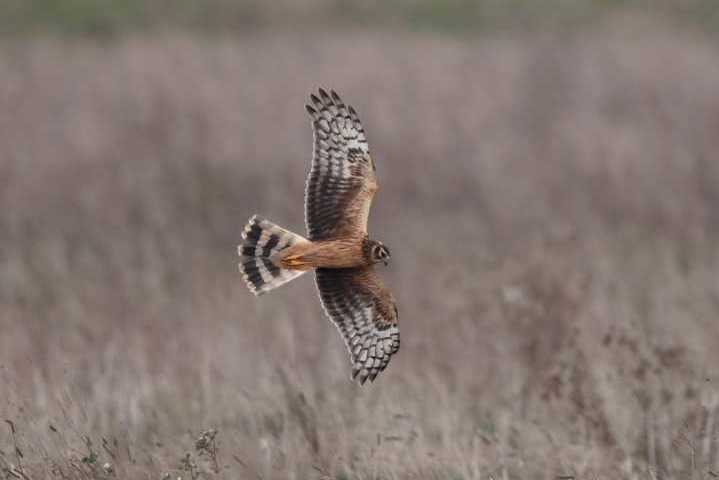 Scientists have electronically tagged hen harriers as a part of the RSPBâs Hen Harrier LIFE+ Project to enable scientists to understand the threats these birds of prey face.

According to RSPB, these tags will send out locations of the harriers on a regular basis. While scientists will have more or less real time access to these locations, members of the public will be able to see their locations after a two week delay for security reasons.

Hen harriers were quite abundant in the British uplands; however, because they were seen as threat to game birds at the time, they were pushed to the brink of extinction by 1900 due to extensive hunting, prior to the introduction of legal protection.

These birds managed to register a partial recovery during the 20th century, but their population growth faltered in the uplands of England and parts of Scotland where intensive management for grouse shooting predominates and illegal persecution is preventing their recovery.

According to latest estimates there are around 660 breeding pairs in the UK and Isle of Man; the majority of these are in Scotland, whilst just a handful remain in England, where six pairs bred successfully in 2015.

âHollyâ, the first female harrier, had her satellite tag fitted in June this year by members of the Scottish Raptor Study Group, assisted by the Ministry of Defence (MOD) Police, and was one of three chicks from a nest located on high security MOD land at Coulport. She was named after a member of the production crew from BBC Scotlandâs Landward programme, after appearing in a special feature about hen harriers and the threats these birds face from illegal killing. Holly fledged in August and has since left her nest area, and is currently in the uplands of central Scotland.

âChanceâ is the second female hen harrier, named by RSPB Scotland, who was tagged in June last year by members of the Scottish Raptor Study Group. Chance has provided a wonderful example of how young birds spend their first year. She travelled south from her nest in south west Scotland to the RSPB Wallasea reserve in Essex at the end of October (2014), before crossing the Channel to spend the winter months in the Pays de la Loire region of western France. Chance came back to the UK in spring this year and is currently back in France.

Bea Ayling, manager of the Hen Harrier LIFE+ Project, said: âHen harriers declined by almost 20% in the UK and Isle of Man between 2004 and 2010 so urgent action is needed to help conserve this species. Persecution linked to grouse moor management remains the main problem for these birds despite them having full legal protection for many years. This is because their usual diet of small birds and voles may also include red grouse, thus bringing them into conflict with gamekeepers. Several hen harriers have disappeared in unexplained circumstances from active nests in recent months in northern England, which then failed as a result. One satellite tagged bird, named âAnnieâ, was found shot dead on moorland in south-west Scotland earlier this year.

âBy fitting satellite tags to harriers we can track them accurately to see where they go and find out which areas theyâre getting into trouble. We can also gain valuable information on breeding sites, nest locations and, should the worst happen, be able to locate and recover the bodies of dead harriers far more easily. The timely recovery of dead birds may also assist the police and prosecutors in bringing the perpetrators of crimes to justice.â

The European-funded Hen Harrier LIFE+ Project was launched by the RSPB in July last year, and is unique in being the first truly cross-border, joint Scottish-English initiative aiming to achieve a secure and sustainable future for this species.