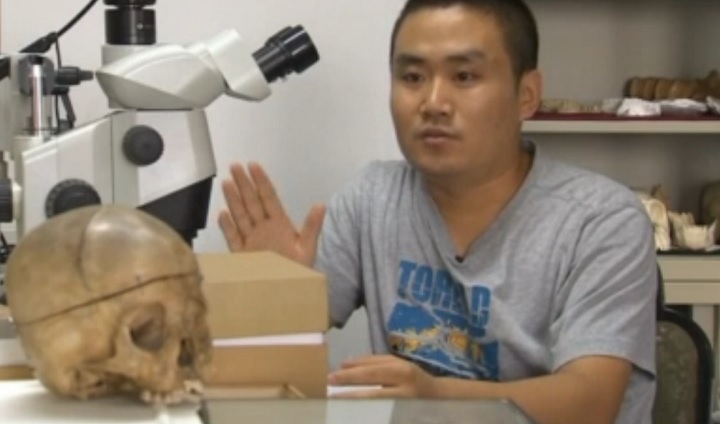 Recently discovered fossilized human teeth from China hint at a migration out of Africa that predates migration to Europe by tens of thousands of years, researchers have revealed.

The 47 teeth discovered Fuyan Cave site in Hunan Province’s Daoxian County, China are believed to be at least 80,000 years old and are said to be from at least 13 different individuals. Holding the potential of rewriting the human migration history, these teeth could be as old as 120,000 years and act as the earliest known evidence of modern humans outside Africa.

One of the primary reasons why the finding is important is that it chances our perception of when migration out of Africa began and also puts our species in southern China 30,000 to 70,000 years earlier than in the eastern Mediterranean or Europe – something that is in stark contrast to previously held notion that Homo sapiens were not present in Asia before 50,000 years ago.

Wu Liu of the Chinese Academy of Sciences’ Institute of Vertebrate Paleontology and Paleoanthropology says that Homo sapiens first appeared in East Africa some 200,000 years ago and fossilized evidence suggest that they started migrating out of Africa, but the timing and location of these migrations has been unclear.

The teeth are twice as old as those available from the earliest modern humans in Europe suggesting that migration out of Africa towards East Asia predate those to Europe by tens of thousands of years.

“We hope our Daoxian human fossil discovery will make people understand that East Asia is one of the key areas for the study of the origin and evolution of modern humans,” Liu said.

Researchers say that the migration from Africa to Asia seems to be a logical one considering that it was much easier than going up north for two reasons – cold weather and inability to take over the lands already in possession of neanderthals at the time.