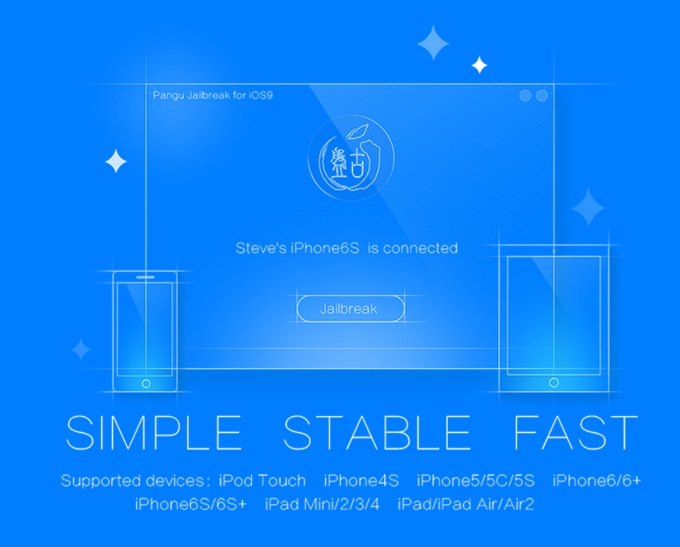 Team Pangu has done it again and released an untethered iOS 9 – 9.0.2 jailbreak for all iPhones, iPads and iPod Touche models.

Currently available as a Windows-only version, the Pangu iOS 9 jailbreak is the first ever for the latest mobile OS from Apple. Before the iOS 9 was released, quite a few believed that jailbreakers will have a hard time getting past the security mechanisms in place. However, that claim doesn’t stand anymore with the release of the jailbreak by the Chinese developer group.

Jailbreaking allows users to tweak the iOS to a great extent including themes; install apps from third party app stores; and much more. Though Apple is providing a range of new features every time it rolls out a major update, there is still a strong community that will jailbreak their device no matter what.

The jailbreak process isn’t a complicated one if you have jailbroken your device earlier. It is a simply next->next cycle by following the onscreen instructions. We would recommend you not to install the jailbreak as it not only voids your warranty, but also opens up your device to potential malware attacks.

With the announcement of $1 million iOS 9 bug bounty program, there were speculations that Team Pangu will not release a jailbreak and instead will hand over the exploits to Zerodium – an exploit dealer. However, it seems that the team may not have qualified for the prize money as Zerodiumâs requirements state that the exploits should work remotely and not through any physical connection.