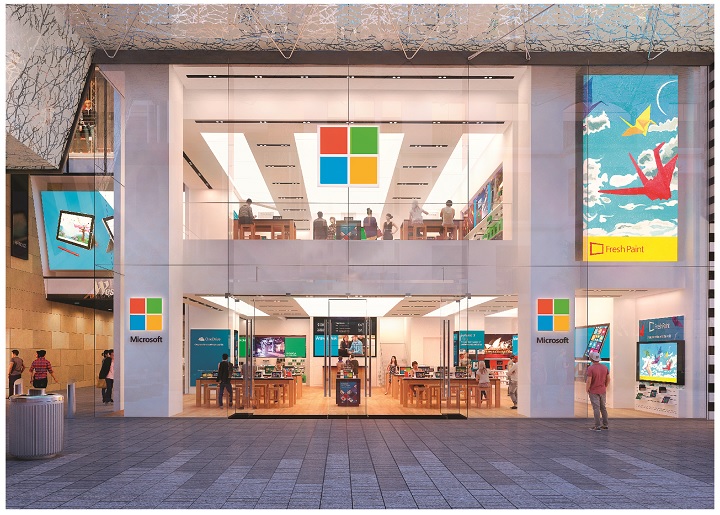 “Today, we get one step closer to expanding our direct, face-to-face connection with Microsoft fans and are happy to share grand opening dates for both Microsoft flagship stores”, Microsoft noted in the blog post.

Microsoft’s store in Sydney is located in Westfield, just off Pitt Street Mall in Sydney’s central business district. The store was first announced in April this year, the store has been in the making since 6 years, Microsoft revealed.

The company further added that the store will be more than 6,000 square feet/500 square meters and will span two floors. The store includes retail sales space as well as an interactive area to serve local customers and business, with as many as 50-75 staff originating from more than 11 countries and speaking more than 21 languages.

“We are going to celebrate the New York and Sydney communities in a big way,” Microsoft said in its blog post. “For starters, we will donate more than $5 million in software and technology grants to select local organizations, as part of our company mission to help people achieve more in their lives.”

Microsoft’s local and physical presence in Australia will provide it a strong footing for all its products including Surface tablets and Lumia smartphones, which don’t have huge marketshare in the country.