PS4 update 3.00 ‘Kenshin’ being rolled out to users 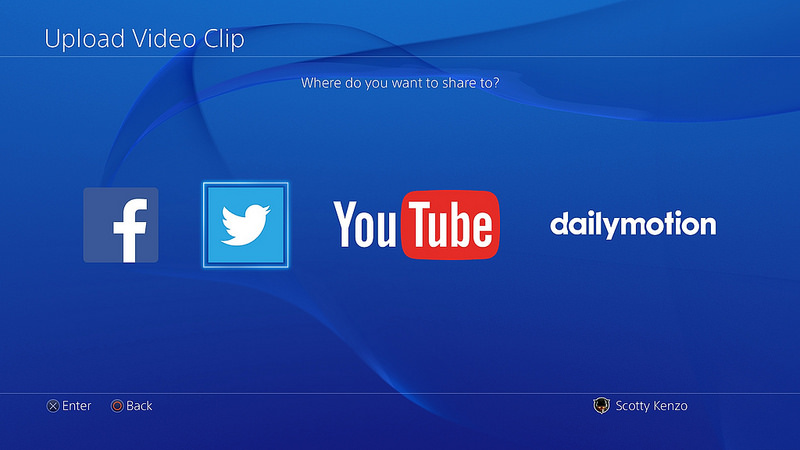 The roll out of PlayStation 4 system software update 3.00 codenamed ‘Kenshin’ has begun with users receiving a range of new features including ability to share video clips using Twitter, new Events hub, YouTube Live among other things.

Sony says that they have incorporated a number of updates using feedback from users across the globe and while the update does bring new features in the user interface (UI), they have also focused on creating new ways to connect with friends and players around the world, expanding the social capabilities of the system even further.

Sharing video clips to Twitter: Using this feature you will be able to easily share video clips through Twitter directly from your PS4. The upload to Twitter option will be visible as a new icon on the Upload Video Clip menu, nestled between Facebook and YouTube. One thing to keep in mind is that there is a constraint on the length of the video – 10 seconds. If you want to share a 10 second vid from a larger clip you can always do so using the trim feature.

PlayStation Plus: Users will now find a dedicated section for PlayStation Plus that can be accessed by clicking the big Plus icon on the top left corner of your PS4 home screen. Once there you can easily manage your membership, see the monthly free games to download, deals for PS Plus members, and all of the games youâve redeemed through PS Plus on PS4.

PNG Screenshots: There are times when you would prefer a high resolution image of a certain character or gameplay aspect and for this Sony has now incorporated PNG support. To access, press Share > Share Settings > Screenshot Settings > Image Format.

Events: A new hub for Events has been added to PS4, accessible from the home screen. This will give you an overview of activities taking place in the games you play most, as well as official broadcasts. For instance, hereâs an in-game racing event taking place in Project Cars, which you can register for directly from the Events hub.

Improvements to Messages and Favorite Groups: This improved feature allows you to access groups of people you chat and play games with frequently. Once youâre added to or create a group, youâll see the online status for friends, what games they are playing, and the option to message or chat in party all in one spot. When you add or create a new favorite group, theyâll appear in your Friends app under Favorite Groups for quick access. For example, you can see we have favorite groups for Call of Duty, Rocket League, and Destiny.

Communities: PS4 users will have the ability to create communities based around shared interests, like games, genres, and more. Communities include a message board with general discussion, screenshots shared by players, and the ability to join parties / games.

Stickers: From the PS4 systemâs Messages app, youâll see a new option for Stickers. The 3.00 update will contain stickers themed around Uncharted 4: A Thiefâs End, Knack, LittleBigPlanet 3, Resogun, and more. Instead of typing out a message, just send a sticker â like Drake looking at a watch, asking you to wait a minute.â