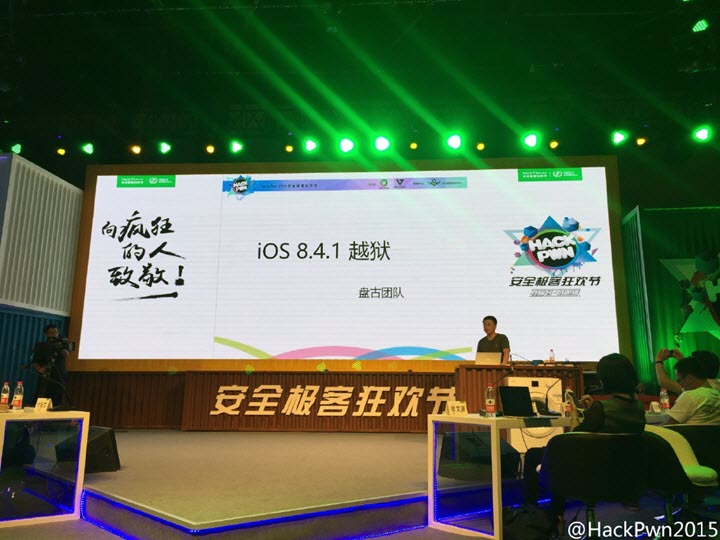 The iOS jailbreak scene is picking up heat lately with the release of new version of iOS 9 in just a matter of a week. According to reports there is a new jailbreaker who is credible enough and working on iOS 8.4.1 jailbreak, while the Chinese veterans TaiG and Pangu may have decided to skip iOS 9 and instead concentrating their efforts on a iOS 9.0.1 jailbreak.

Independent security researcher and jailbreak tweak developer, Luca Todesco is respected among the iOS jailbreak community and he is the one who has claimed that an iOS 8.4.1 jailbreak is in the works and that it will be released.

In a series of tweets, Todesco urged iOS 9 and iOS 9.0.1 users to fall back to iOS 8.4.1 if they are missing their jailbreak. He suggested that he has already found out exploitable bugs on iOS 8.4.1 and users who are looking to get their hands on one should downgrade to that version while they still can.

Though iOS 9 has managed to garner attention of a lot of users, the buggy nature of the mobile OS has deterred quite a few. To address these bugs, Apple released iOS 9.0.1, but with lack of a jailbreak on either of the two versions, those who are already missing a jailbroken device may still have a few days left before Apple closes the signing window.

Todesco isn’t working along on the iOS 8.4.1 jailbreak and according to him developers from the Pangu team are helping him out with the actual kernel exploit.

This brings us to the question of what are these veteran jailbreaking teams up to? With the release of iOS 9, we were anticipating at least one of the teams to release a jailbreak because we have already seen a teaser of an iOS 9 jailbreak earlier.

There have been some reports from unverified sources that the teams have decided to skip iOS 9 and are instead concentrating on an iOS 9.0.1 jailbreak. That may seem a logical step as iOS 9 is bug-laden and with quite a few issues resolved in iOS 9.0.1 more and more people will be jumping to the latest version of the iOS.

Another thing that has emerged over the last few days is the “The Million Dollar iOS 9 Bug Bounty” by security firm Zerodium which has promised a bounty of $1 million each to three individuals or organizations that come up with iOS 9 jailbreak. This will likely put more contestants into the iOS 9 jailbreak race.