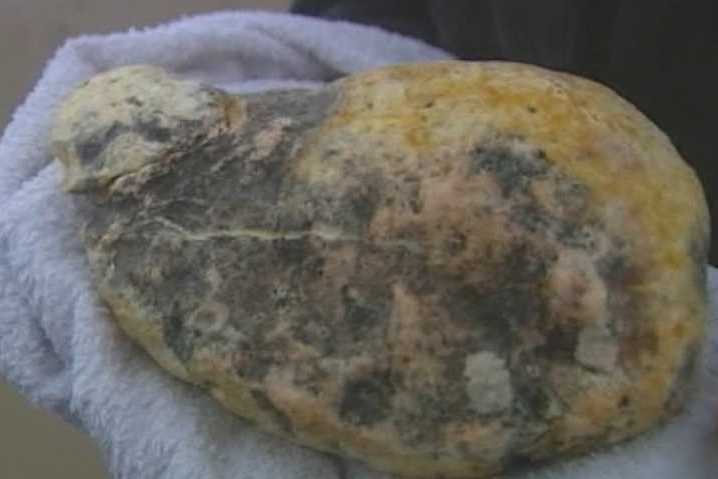 Weird items at auctions may be an everyday affair but there are instances when something peculiar ends up at an auction house and it sells for thousands of pounds. One such item was a lump ofÂ ‘ambergris’ aka whale vomit at an auction in Macclesfield for Â£11000.

The sale ofÂ 8-inch by 6-inch lump of the valuable whale vomit found by an Anglesey residentÂ hoggedÂ the headlines over the weekend. So, why did it sell for that price?

Many of you headed to the Internet to research ‘ambergris’ when the story first broke. Here we have done our bit of research and tried to reveal information about ambergris in a concise manner.

Ambergris is basically an excretion from the sperm whale and though it is rare, it is found floating on the oceans or collected from the shores of many countries around the world. The ‘whale vomit’ is formed in the intestines of the sperm whale and according to scientists it is possibly formed in response to the irritation caused to whale’s stomach lining when the marine mammal ends up ingesting sharp, parrot-like beaks of squid.

The fact is that ambergris is a valuable commodity and because it is rare there is a kind of uncertainty when it comes to its supply. There have been instances where sizable finds have earned their owners hefty chunks of money – enough to even buy them a house or go on a world trip.

So why does it sell for hefty amounts? There are quite a few reasons. First and foremost is its demand in perfume industry. This ‘whale vomit’ is prized for its fixative abilities in perfumes – the material prolongs the smell. There there are medicinal properties because of which it is in demand in pharma industry as well. And it is an aphrodisiac as well.

There are those who swear by the sensual effects created by rubbing a piece of ambergris on the skin. Ambergris releases pheromones making it a true aphrodisiac, a property which has lead to the mystery and sensuality surrounding the product. Ambergris has also been used to enhance the flavours of food and wine and for herbal and homeopathic remedies.

So, next time you are walking on the beach do keep looking and who known you may also end up with a lump of ‘ambergris’ that will make you richer.