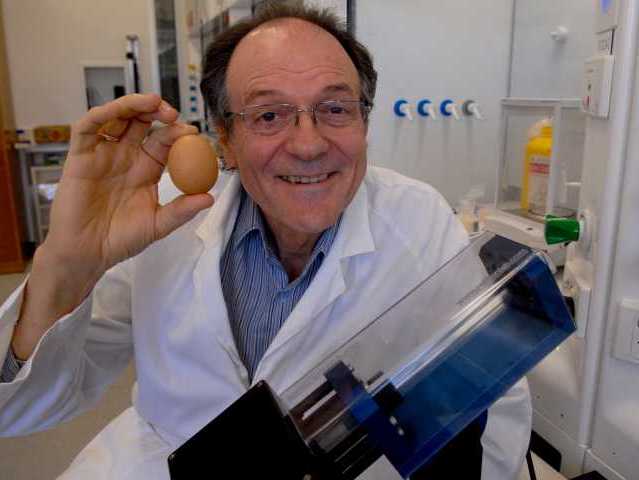 In a breakthrough that hold the potential of revamping the global production of one of the world’s most in-demand anaesthetics, researchers in Australia have revealed how the anesthetics can be produced on the spot using the egg unboiler.

The device that makes it all possible is the same device that helped researchers unboil an egg – the Vortex Fluidic Device (VFD). Flinders University inventor Professor Colin Raston – the inventor of the device – and his team of researchers successfully synthesised Lidocaine using their VFD showing that the new method has the potential of revamping traditional mass production methods of the global pharmaceuticals industry.

According to researchers, Lidocaine is so easy to produce using VFD that it could be made in even the most remote locations, with only basic instructions, in less than an hour. The new production method signals a paradigm shift in pharmaceutical manufacture in high need areas such as war zone and developing countries.

âThe VFD uniquely controls how drug molecules can be made, and this is under continuous flow, such that research in making drug molecules can be readily translated into industry, avoiding conventional scale up problems and large reaction vessels â just leave the VFD running to make as much as you need,â he said.

Professor Raston said the high-tech, yet simple device could be used in medical and pharmaceutical research along with a range of industries â all with a focus on cleaner, greener and more cost effective production.

âThis device creates a unique way to develop more sustainable and cost-effective products, services and technologies which can accelerate innovation in a range of industries, from drug manufacturing to food and biodiesel production,â he said.

According to Professor Raston, it is the VFDâs ability to âstreamline the loading of drugs into nano-packages for better results and less wasteâ, that leaves traditional batch processing techniques in its wake.

Professor Raston also says that using more effective drugs will reduce manufacturing waste, with up to half a tonne of waste generated from the production of just 1kg of many drugs, much of which ends up in sewerage systems, possibly creating superbugs in the environment.

The research, in Chemistry â A European Journal â has been published as the VFD becomes commercially available to research organisations around the world.