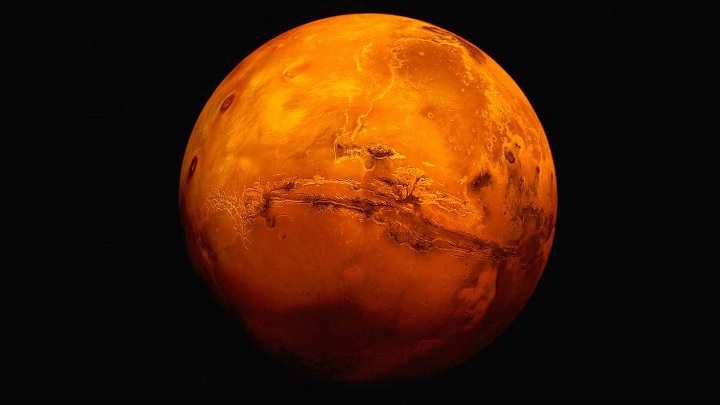 The Internet is abuzz after NASA announced a press conference to be held tomorrow at its headquarters with the agenda being some Mars mystery that has now been solved.

The conference is scheduled to begin at 11:30 a.m. EDT (4.30 pm BST in the UK) on September 28 at the James Webb Auditorium at NASA Headquarters in Washington. According to NASA it is going to reveal details about “a major science finding from the agencyâs ongoing exploration of Mars”.

NASA hasn’t revealed anything about the press conference thereby fueling a string of rumours and speculations about the possible intentions of NASA.

Taking a peek at the participant list doesn’t give away any information, but if you look carefully you will find one name – Lujendra Ojha of the Georgia Institute of Technology in Atlanta – that is particularly intriguing.

Why? It just happens so that Ojha, a Nepal born researcher from Katmandu, was the first scientist to discover the “Warm Seasonal Flows” as an undergraduate back in 2011. The discovery was substantial; however, researchers were still left with a few questions that remained unanswered at the time. His inclusion as a participant in the conference indicates that there is all the possibility that they have found a solution to the mystery these streaks now known as ‘Recursive Slope Lineae’.

Because of the peculiarity of these streaks – seasonal, only form on sun facing slopes when local temperatures rise above 0 C, not correlated in any way with winds or dust storms – there is a possibility that water might be responsible in some form.

Because of the ‘streaky’ appearance, you may be inclined to believe that it is liquid water. Another reason to believe that it might be water is that it appears on the sun facing side of Mars – possibility that ice melted because of the heat. If we do consider the possibility that it is water, then Mars’ atmospheric conditions would effectively reduce the boiling temperature of the water to a level that it would just evaporate right away as soon as ice melts.

This leaves us with the possibility that it could be underground water and the flowing of this water is causing these streaks.

Though this is just an assumption from my end from all the information that I have collected so far, chances are that this whole thing might just be wrong and NASA will be talking about something completely different, but inclusion of Ojha is something that spawns hope that we may have found water on Mars.