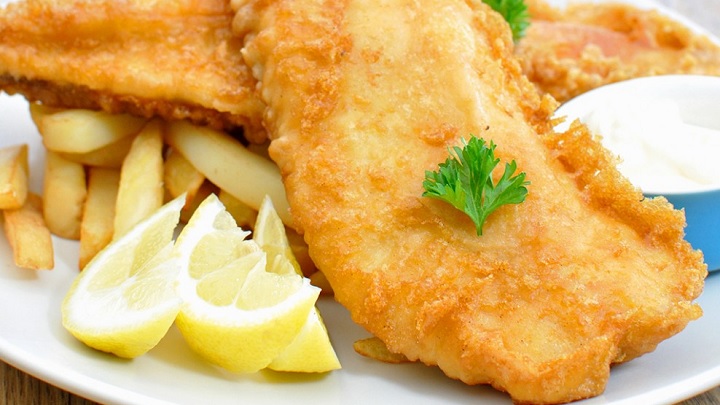 The Marine Conservation Society (MCS) UK has taken the North Sea cod off the red list as part of the autumn update to FishOnline.

The North Sea cod is now rated at 4 and amber indicating that the species is showing signs of improvement with its population slowly recovering. This update means that chippies across the UK may soon start serving the fish to avid fish & chips fans.

Soon after the collapse of the iconic European cod fishery in 1980s, MCS classified the North Sea cod as endangered. The stock of North Sea has been ailing ever since, but has been showing signs of improvement thanks to the extensive conservation efforts and ban on fishing. The stock has now increased above dangerously low levels, but they are no where near the peak it reached during the 1960s and 1970s.

Though the fish has been taken off the red list and it is a huge milestone, MCS is quick to remind that the job is not done yet and efforts should be continued in order for the fishery to improve further and head towards the green end of the spectrum.

MCS Fisheries Officer, Samuel Stone, notes that the population is still at precautionary levels and it should increase above those levels. Also, fishing mortality should be further reduced to whatâs known as the Maximum Sustainable Yield (MSY) because that’s the maximum level at which the stock can be fished without depleting the population.

Overfishing has caused a change in the age and length at maturity of cod and climate change-induced warming of the northwest European shelf seas has reduced the reproductive success of North Sea cod. These factors will continue to be a hurdle in the further recovery of the stocks.

Though North Sea cod stocks have improved there are other stock that now need the same attention as the North Sea cod so as to get them off the list as well. These code stocks are: Celtic Sea, Faroes Plateau, Faroes Bank, Irish Sea, Kattegat, Norwegian Coast, Rockall, West of Scotland, and West Baltic.

âThese nine cod stocks now need some of the attention that North Sea cod has had over the last decade in order to turn things around,â says Samuel Stone. âWhilst these stocks are far smaller than the North Sea stock, they still play a very important role in the local marine ecosystem and greater efforts are needed to recover these stocks.

MCS is urging consumers to ask where exactly their cod is from and seafood businesses should look carefully at their supply chains to ensure they are not inadvertently selling red rated cod.