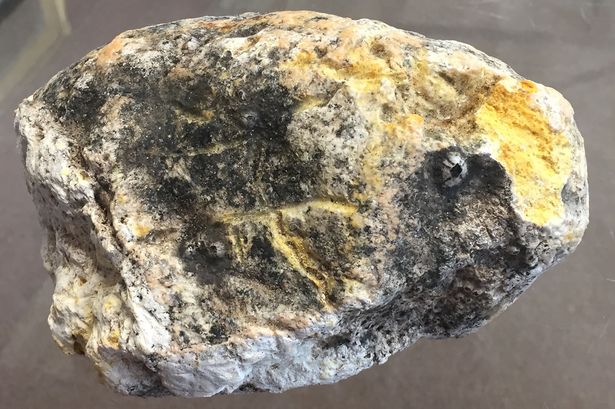 It’s not everyday that you find a lump of whale vomit aka ambergris while walking on the beach and when you do, what do you do? Auction it and get a hefty profit!

That’s exactly what an Anglesey resident did when he found a rare 8-inch by 6-inch lump of whale vomit while walking his dog on the beach. The owner found a soft, soapy-textured lump of whale vomit that was too light for being a rock. The dog walker quickly realised that it wasn’t something that you would find everyday and as curiosity took over, the owner took it home.

Researching the lump on the internet, the owner quickly realised that it was ambergris and that there are those who would pay a hefty price for it and so the smelly waxy rugby ball-shaped lump of ambergris ended up on the auction listing of Adam Partridge auctioneers in Macclesfield.

The lump was expected to fetchÂ anÂ estimated Â£7000Â when it was listed, but the Anglesey owner was in for a bit of a surprise when it sold for Â£11,000.

Dubbed as the “weirdest” item that has beenÂ auctioned by the auctioneer, the lump of ambergris was bought by someone in France. Adam Partridge said that he was elated with the sale.

Whale vomit is produced in intestines of sperm whales and provides them protection from the sharp beaks of squid which they eat and is passed as vomit. It is used to prolong the scent of perfume and there have been instances when ambergris has been bought by perfume manufacturers for thousands of pounds privately.

It is illegal to trade trade in ambergris in many countries, but in cases where people have found it washed up on the shores, the discoverer can keep it.

“We’ve had lots of unusual items pass through the doors over the years, but this is by far the weirdest”, said the auctioneers.

“There are many things which can be mistaken for ambergris – fat, rubber and palm oil amongst others – but after doing some research and consulting the authorities on such things, we found out that what we had was indeed very valuable.”

“We have sold rare items of jewellery in the past but nothing as unusual as this.”