Human decapitation was practiced 9,000 years ago as well, researchers say 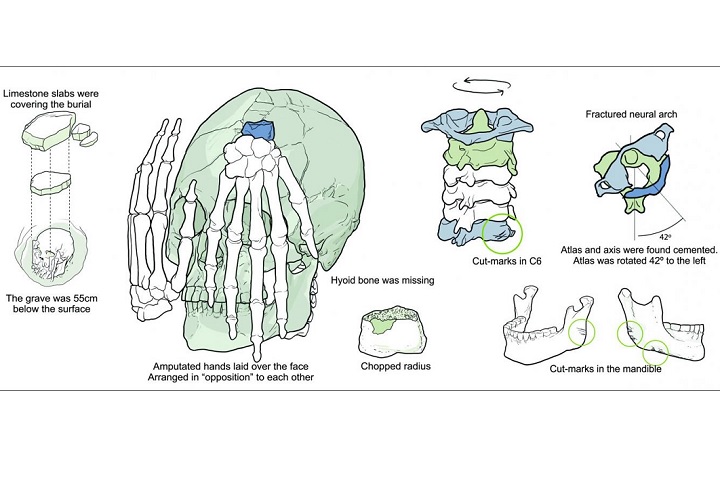 Bone fragments including a cranium, jaw, first six cervical vertebrae and two severed hands point at the earliest known case of human decapitation 9,000 years ago, researchers have revealed in a new study.

The bone fragments were discovered in 2007 at the rock shelter of Lapa do Santo in Brazil and accelerator mass spectrometry has revealed that the remains are at least 9,000 years old. Researchers have also found evidence of human occupation dating back ~12,000 years in the same region.

The findings have been published in the open-access journal PLOS ONE by AndrÃÂ© Strauss from the Max Planck Institute for Evolutionary Anthropology, Germany and colleagues.

Researchers further reveal through their analysis of the burial’s isotopic signature that the person buried was likely a local member of the group. Additionally, the presentation of the remains, lead the authors to think that this was likely a ritualized decapitation instead of trophy-taking.

If this is the case, these remains may demonstrate sophisticated mortuary rituals among hunter-gatherers in the Americas during this time period. The authors think this may be the oldest case of decapitation found in the New Word, leading to a re-evaluation of the previous interpretations of this practice, particularly with regards to its origins and geographic dispersion.