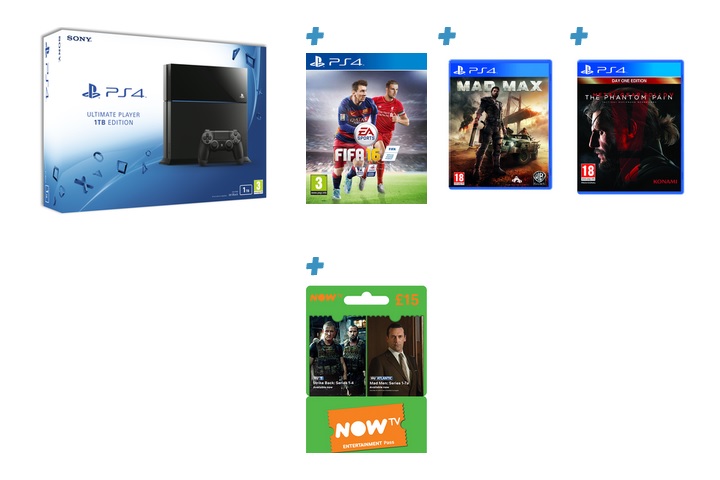 We have come across a worthwhile PlayStation 4 deal with a 1TB console and three games that will get your going from the moment you plugin you console to your TV.

While MGS V and MAD MAX have already been released, the FIFA 16 is releasing on September 24 in the UK making this a pre-order bundle.

If you fancy an Xbox One, there are quite a few FIFA 16 bundles with Microsoft’s console as well. You can find them here.

Considering that you are getting three recently released games along with a 1TB PlayStation 4, this deal from GAME definitely deserves at least one look.

If you are looking for a bundle that offers just the FIFA 16 game along with the console, you can get one from Amazon UK for Â£299.99.