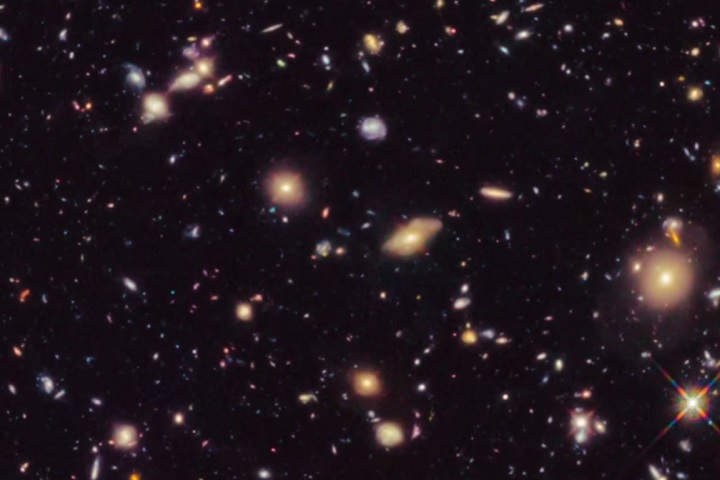 The US Department of Energy has approved Critical Decision 2 (CD-2) of one of world’s most advanced dark energy probes – the Dark Energy Spectroscopic Instrument (DESI).

DESI, which will be used to understand dark energy, its role in expansion of the universe, and go generate the map of the cosmos in 3D, will be mounted on top of the 4-meter Mayall telescope at Kitt Peak National Observatory near Tucson, Arizona.

According to its creators, DESI will be measuring the redshifts of more than 30 million galaxies and quasars. Redshifts allow researchers to directly measure how much space stretched while the light was en route from object to observer. This, the researchers say, implies that, the larger the redshift the older the object.

Daniel Eisenstein, of Harvard University, the DESI Collaboration’s Spokesperson, said that through DESI, researchers will be effectively using the fossil imprint of sound waves from the first 400,000 years of the universe, which is detectable as a pattern of temperature variations in the cosmic microwave background radiation (CMB) and using this they will study the mysterious composition of today’s universe.

The Dark Energy Spectroscopic Instrument (DESI) will be mounted on the 4-Meter Mayall telescope at Kitt Peak National Observatory. It will collect spectra from 30 million galaxies and quasars to make the biggest 3-D map of the universe ever. Credit: R. Lafever and J. Moustakas for the DESI Collaboration, background image by Dark Energy Camera Legacy Survey.

Those temperature differences map early variations in density (sound waves) that subsequently evolved into the clustering of galaxies, intergalactic gas, and dark matter at recurrent intervals throughout space. Called baryon acoustic oscillations (BAO), these regularly spaced clusterings are consistent over time–like a ruler to gauge the universe, with the CMB at one end–allowing direct measures of dark energy’s effect on expansion.

Risa Wechsler, of Stanford University and DOE’s SLAC National Accelerator Laboratory, says BAO is the beginning of what DESI can do. “Because large accumulations of mass have gravitational effects on individual galaxies, known as redshift space distortions, DESI can also test the accuracy of General Relativity, Einstein’s theory of gravity.”

In related investigations, DESI will “weigh” the total mass of neutrinos in the universe, with a good chance of learning which of the three known kinds of neutrinos is the heaviest. DESI will also compare models of the inflationary epoch, when the universe expanded exponentially within a sliver of a second after the big bang, leaving it extraordinarily uniform in composition.

“The Mayall telescope is built like a battleship,” says Natalie Roe, Director of Berkeley Lab’s Physics Division and a member the DESI Executive Committee. The telescope’s moving weight is 375 tons, and it is “so well engineered it can support this very heavy new instrument”–which weighs five tons–“suspended way up there in the air.”

The DESI spectrometer will upgrade this old battleship to world-leading capability. The telescope’s top end will be replaced with DESI’s optical corrector and focal-plane system. The corrector’s six glass lenses, each a meter across, will focus the light from the existing 4-meter mirror onto the new focal plane. The lenses were funded by the Gordon and Betty Moore Foundation and the Heising-Simons Foundation.