This small patch of rocks on Mars is also called Winnipeg 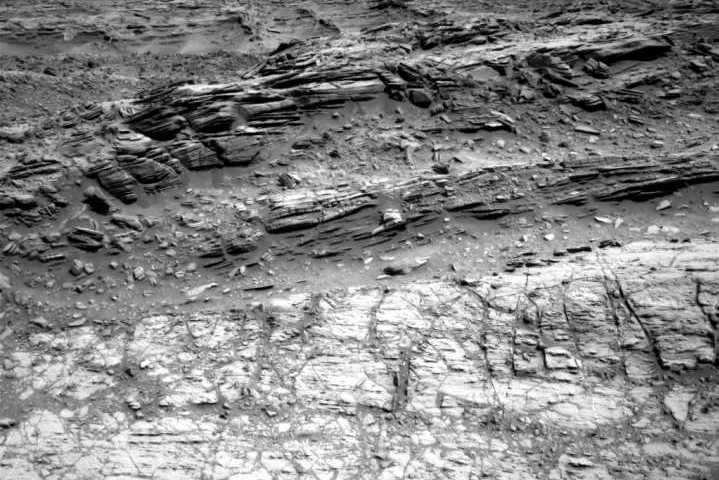 Winnipeg is a city in Manitoba, Canada and recently a patch of rocks on Mars, which Curiosity is investigating, has also been named Winnipeg, it has come to light.

According to an astronomer with the Manitoba Museum, the naming of place on Mars may have been inspired by a particularly cold stretch of winter in Winnipeg. The site isn’t a huge one to have its own place in the headlines section of NASA’s website, but the name was revealed during a regular mission update that was posted on Monday, September 14.

Lauren Edgar, a Research Geologist at the USGS Astrogeology Science Center and a member of MSL science team, said in the mission update that over the previous weekend Curiosity travelled some 21 meters and was parked in front of an outcrop of the Murray formation. The team planned ChemCam and Mastcam observations on three sites in the area and these sites were named “Winnipeg,” “Alma,” and “Blackjack.”

Scott Young, an astronomer with the Manitoba Museum, is of the opinion that the naming of the small patch on Mars as Winnipeg could be inspired from the news stories several years ago that compared a particularly cold stretch of a Winnipeg winter with weather reports from the surface of Mars, notes CTV.

He said that there are astronomers from Winnipeg who are working for NASA and chances are that some of them may be with the Curiosity team and they may be the ones who remember cityâs famously cold winters and that’s where the inspiration of the name could have come from.

The NASA mission update added that they were going to brush off the dust on “Winnipeg” and take some really close images to look for grain size variations. Then they will be investigating the composition of the âWinnipegâ target.