Meteor could strike Earth and so we should be prepared, scientist says 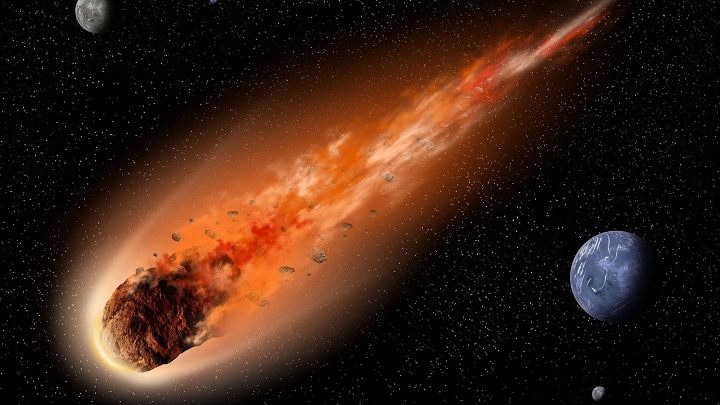 Professor Robert Walsh, executive director of research at The University of Central Lancashire, is a highly respected scientist within the scientific community and he is the opinion that we shouldn’t rule out the possibility of a meteor strike and be prepared for the worst.

Walsh’s statement comes just a few days after NASA debunked rumours of an alleged meteor strike that will bring about global destruction. NASA said that the there is no asteroid hurling towards Earth and that if such a space rock was zooming towards Earth, it would have known about it.

However, apart from conspiracy theorists, at least one researcher believes that though NASA has refuted the claims of a meteor strike, we should be prepared for one as Earth has a history of such cataclysmic impacts in the past.

Professor Robert Walsh, executive director of research at The University of Central Lancashire, is of the opinion that threat of a meteor strike shouldn’t be ruled out completely even if NASA has said that there is no danger.

NASA stressed in the official statement released in August that the claims of such a strike are completely without a scientific basis and that if there were such a large asteroid hurling towards, its Near-Earth Object Observations Program aka “Spaceguard” would have detected it. “There are no known credible impact threats to date â only the continuous and harmless infall of meteoroids, tiny asteroids that burn up in the atmosphere,” NASA said at the time.

However, Professor Walsh cited the vehicle-sized meteor that exploded in the atmosphere above Chelyabinsk in Russia and said that NASA had actually completely missed this meteor. He adds that the US space agency was in fact oblivious to it hurling towards Earth and if the explosion would have occurred over major city like London, the effects would have been “devastating”.

Citing the history of Earth, professor Walsh said that annihilation of dinosaurs from the face of our planet is one of the most perfect examples that such devastating impacts do happen and that we should be prepared for it.

Technologies have been developed – though untested – to oppose such meteor impacts including asteroid deflection technologies which involves giving the space rock a little nudge to alter its orbit. Then there is the option of blowing up the asteroid using a nuclear war head, but this is a rather drastic step and should only be adopted as last resort.