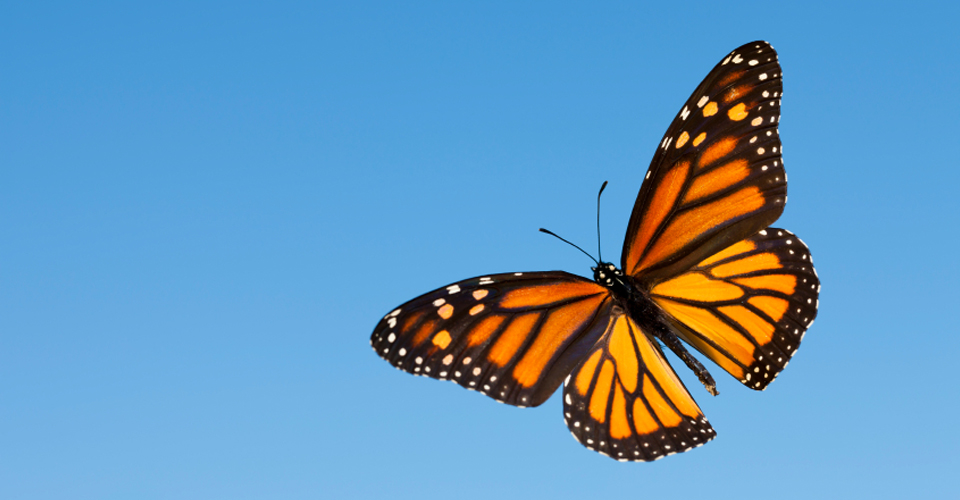 Researchers at University of Guelph have joined hands with the David Suzuki Foundation (DSF) for a new project that intends to reverse Monarch butterfly population decline through a number of initiatives including planting of new milkweeds.

While researchers are still looking into the reasons behind the population decline of these pollinators, there are a few who attribute the decline to removal of milkweeds. Among this group of scientists is Tyler Flockhart of the University who is of the opinion that removal of milkweed along many North American roads has caused their numbers to fall. Monarch lay their eggs in these plants as they provide newly hatched larvae with plenty of food to grow.

Along with the aim of reversing the decline of monarch population, researchers are also looking to establish best practices for plantation of milkweed.

âWe want to understand what the best practices for milkweed restoration are, so weâll be planting milkweed along roadways, in fields, in hydro corridors and along railway lines in Markham, Uxbridge, Brampton and Sarnia,â said Flockhart.

Flockhart and Professor Ryan Norris, Department of Integrative Biology at the University, will be working with the DSF charity on a project intended to increase monarch butterfly numbers in Ontario, Canada.

Flockhart says that the milkweed could provide the butterflies with an important food source and hence as a part of the project, they will be planting in seed and with plugs to see what grows best.

“Weâll also look at how the time of year when these plants are mowed affects the number of eggs these butterflies lay”, Flockhart said.

Flockhart recently received a Liber Ero fellowship to support early-career scientists studying conservation and management issues in Canada. The program selects four fellows each year to partner with a non-governmental organization on a conservation effort.

âIâve done a lot of research at Guelph on monarch butterflies, and the Suzuki Foundation was interested in the concept of how making simple changes could benefit the butterflies,â he said.

Norris said the chance to partner with DSF is exciting. âThis is an opportunity to get people mobilized using the Suzuki Foundationâs wide media reach and experience in communications,â he said.

âWe are providing the research and expertise, but we need volunteers to make this project successful. Thatâs where DSF will be especially helpful.â

Flockhart and Norris have arranged with rail, highway, municipal and hydro agencies to plant milkweed in linear corridors where little else is planted.

The three-year long project could help monarch butterflies and agencies looking after these corridors, said Flockhart.

âBy making cost-effective approaches, we can make informed decisions on conservation issues. The findings from this study could lead to wider interventions, potentially in the province and then across Canada.â