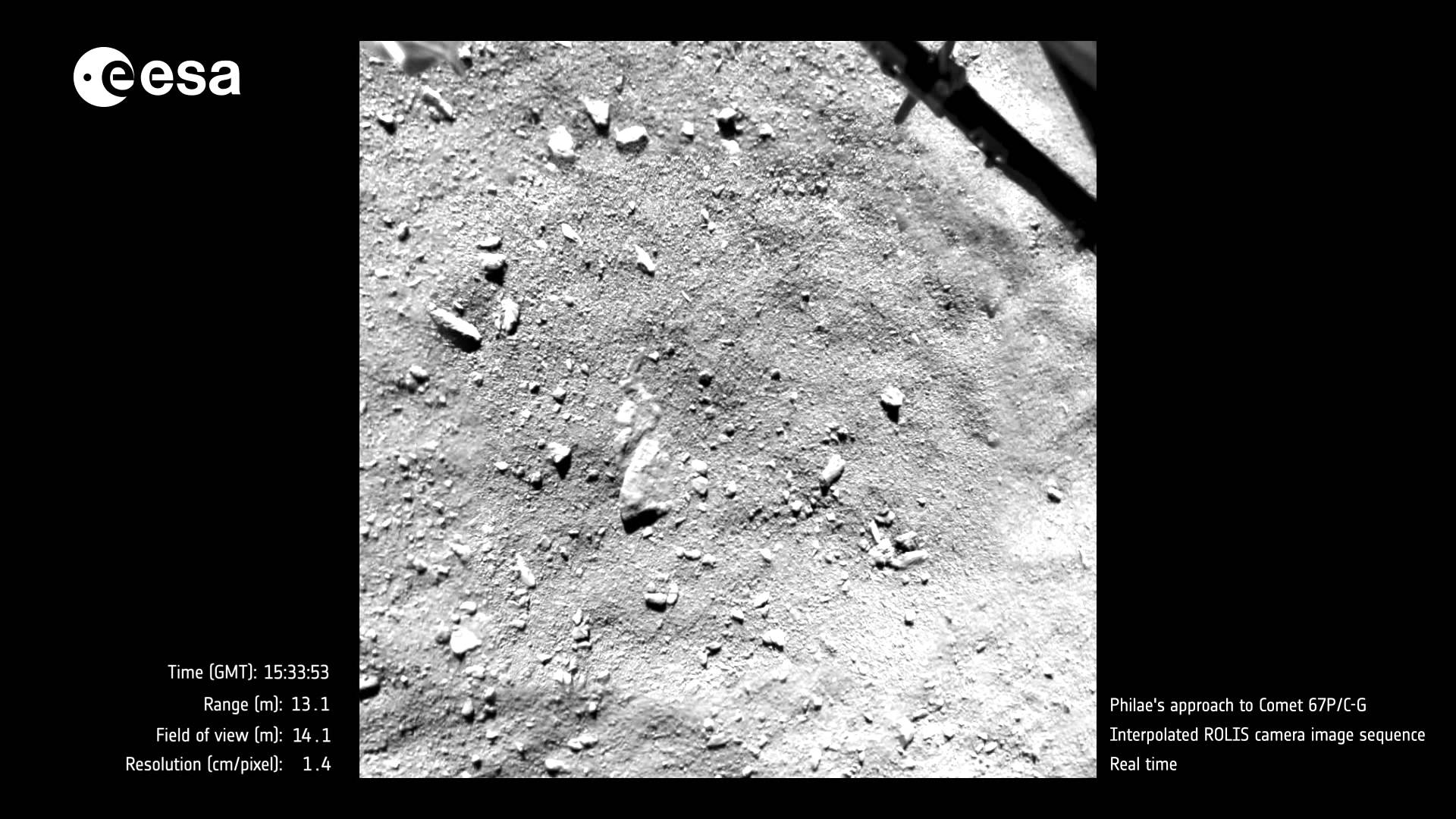 For the first time in the history of mankind’s space endeavours, the European Space Agency landed a robot dubbed Philae equipped with a range of imaging and scientific experiments on a comet dubbed 67P last November.

Though ESA doesn’t have a video showing off the landing of the Philae on the comet, it has managed to create one by interpolating seven images captured by Philaeâs ROsetta Lander Imaging System (ROLIS). The video was released a couple of days back and it is just stunning and as ESA says ‘almost hypnotic’.

ESA released the video to mark the first anniversary of the selection of Site J as the target for Philae. ESA commissioned Jakub Knapik, visual effects supervisor at Platige Image, Warsaw, to prepare the video and the final video is just awesome.

To create these interpolation between the original seven ROLIS images, knapik used VFX compositor NUKE from The Foundry to re-project the original set of seven images in 3D, then rendered an interpolated sequence using a tracked 3D camera that mimicked the path of Philae during its descent.

Knapik filled out data dropouts in images using data from images taken before and after that particular image and also did some cloning of data as and where required to create this ‘almost hypnotic’ view.

ESA stresses that there were no other images used to create this video. Each of the seven images were taken at an interval of 10 seconds and Knapik interpolated in time to create a movie that shows Philae’s descent between 67 metres and just 9 metres above the surface in real-time, which took just under a minute. ESA hasn’t able to include the exact touchdown moment because there are no further images in the sequence as Philae had touched down at Agilkia before another 10 seconds had passed.

“We think Jakub’s movie version gives a much more visceral impression of the first ever soft-landing on a comet and are happy to share it with you. Enjoy!”, ESA concludes.