Over 50% of all turtles in the world have ingested plastic 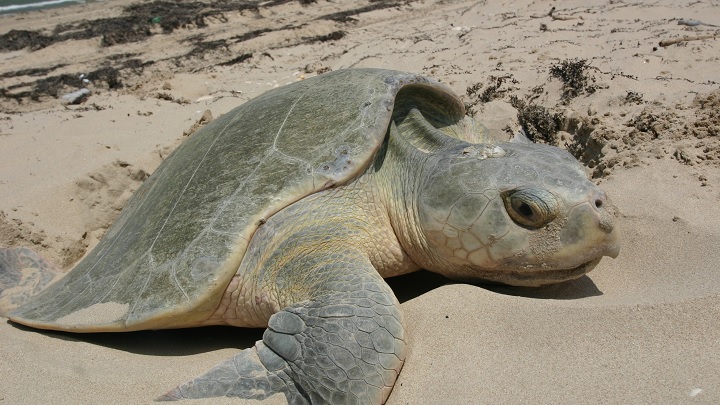 Plastic pollutionÂ is one of the most dangerous forms of pollution and marine animals are increasingly becoming victims of plastic ingestionÂ because thisÂ waste almost always washes up in oceans through streams, rivers and the likes.

There have been multiple studies that have highlighted the potential dangers of plastic pollution here, here, here, and hereÂ and joining the huge list is a new study which suggests that over half ofÂ world’s turtles have ingested some form of plastic or human rubbish in their lifetime.

This study led by researchers at Queensland University concentrates on the hazards of plastic waste and their threat to turtles. According to the report, 52 per cent of world’s turtle population hasÂ mistaken plastic and other human waste debris for food items and have consumed them.

This is life-threatening as it eitherÂ block the gut or pierce the gut wall thereby killing the turtles. There is a risk ofÂ other problems from release of toxic chemicals into the animalsâ tissues.

Particularly at risk at turtles are turtles found along the coast of four continents including Australia, North America, Asia and Africa. According toÂ Dr Qamar Schuyler ofÂ UQâs School of Biological Sciences,Â Australia and North America are the two continent, which are the luckiest to have a far greater diversity of turtle species than any other continents and that’s why these regions are at a greater risk as well.

The team revealed that areas on theÂ east coasts of Australia and North America, Southeast Asia, southern Africa, and Hawaii were some of the most dangerous places for these turtles as the debris loads in these areas is very high.

For their study, researchers examined threats to six marine turtle species from an estimated four million to 12 million tonnes of plastic which enter the oceans annually.

A previous risk analysis of Olive RidleyÂ turtles (Lepidochelys olivacea) by Dr Schuyler and colleagues [and CSIRO collaborator Dr Chris WilcoxÂ on sea birds] have suggested that plastic items areÂ thought of as being food items by marine animals. The endangered ridley turtles are also at an increased risk of plastic ingestion because they feed onÂ jellyfish and other similar floating animals, and often feed in the open ocean, where debris accumulates.

Dr Wilcox says that it is only a matter of time before the same problem plagues other species including fish that humans eat.