Got Â£500,000 to spare? You can get a rare Allosaurus dinosaur skeleton 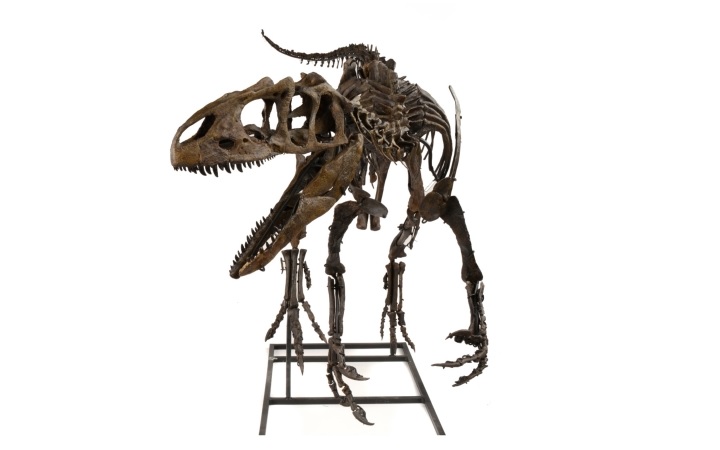 Auctions are a place where you find quite a few unusual and rare things including dinosaur teeth, bones and the lot. You may occasionally stumble upon partial skeletons as well if you fancy such things, a rare Allosaurus dinosaur skeleton is up for auctions this November in the UK and it could be your for Â£500,000.

Being auctioned by Summers Place Auctions, this rare near-complete skeleton is 9ft-long (2.85m) long and is the first predatory dinosaur skeleton that is going under the hammer in the UK

According to experts, the skeleton is believed to be that of a young Allosaurus dinosaur, which is said to have lived sometime around 155 to 145 million years ago during the late Jurassic Period. The skeleton was found in a quarry in Wyoming, US. It comes with skull that packs dagger-like teeth.

Rupert van der Werff who is a director at the auction house said that they are pleased to offer the rare skeleton of Allosaurus, which as become quintessentially large, carnivorous dinosaur in western popular culture, to their global customers. The auctioneers expect bids from a lot of European and Asian customers.

Werff is of the opinion that the size of the skeleton adds the cute factor and is likely to attract buyers looking for an unusual statement piece for their living room.

The skeleton will be put to auction on November 25 at Summers Place Auctions in Billingshurst, West Sussex.