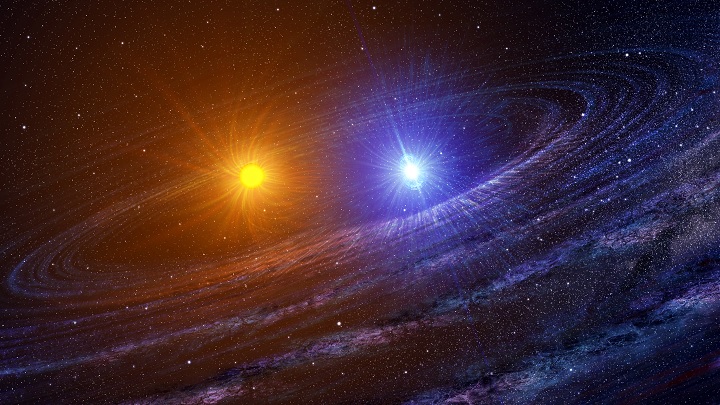 Researchers at Queen’s University, Canada have discovered for the first ever massive binary star, epsilon Lupi, wherein both the stars are having their own magnetic fields – a discovery that researchers say could point them in the direction of finding out how magnetic fields are generated in massive stars.

Discovered using the Canada-France-Hawaii Telescope, the massive binary star is a system comprising of two stars, orbiting around their common centre of mass. The finding is a result of the continuous efforts by the BinaMIcS (Binarity and Magnetic Interactions in various classes of Stars) collaboration.

The collaboration was formed to enable and facilitate study of magnetic properties of close binaries and in a bid to understand these mysterious systems, researchers have been looking for such a system.

Matt Shultz, a PhD candidate at the University, explains that scientists haven’t been able to figure out the origin of magnetism in massive stars. If we consider our Sun, it is a relatively cool star, and the convection in outer portions of the Sun create its magnetic field. However, in case of massive stars – like the ones found in binary systems – there is no convection in the outer layers and hence there is no support for a magnetic dynamo like effect that could generate the magnetic field.

Shultz adds: “and this discovery may help to shed some light on the question of why these stars have magnetic fields.”

Experts have proposed two possible origins of the magnetic field, both being based on the idea of a so-called “fossil” magnetic field, which is generated at some point in the star’s past and then locked in to the star’s outer portion.

“This discovery doesn’t change the basic statistics that the BinaMIcS collaboration has assembled,” says Mr. Shultz, “and we still don’t know why there are so few magnetic, massive stars in close binaries.”

The research shows the strengths of the magnetic fields are similar in the two stars, however, their magnetic axes are anti-aligned, with the south pole of one star pointing in approximately the same direction as the north pole of the other.

“We’re not sure why that is yet, but it probably points to something significant about how the stars are interacting with one another. We’ll need to collect more data.”

The research was published in the Monthly Notices of the Royal Astronomical Society.