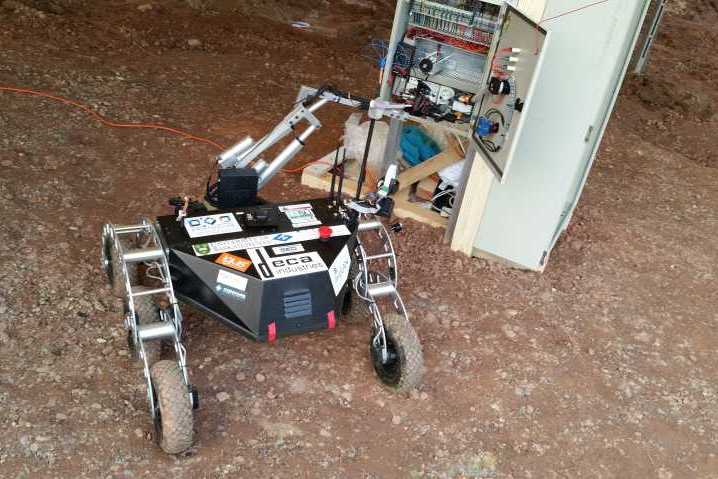 With success of NASA’s rovers including Curiosity, there has been a lot of interest in robotic vehicles capable of scientific experiments and European Rover Challenge is one such challenge where aspiring scientists can show off their creations.

The European Rover Challenge 2015 concluded in Poland last week and by beating teams from 4 different continents, University of Saskatchewan Space Design Team (USST) from Canada has managed to garner top spot with an overall score of 456.5 points out of the maximum 763 points.

U of S team wasn’t the only Canadian team which saw itself in top 3 as McGill University team landed third spot with 367.8 points. The teams taking part in the challenge had to prove their mettle on multiple aspects – the rover’s design draft, promo video, technical specifications, blind traversal, assistance, science, maintenance and presentation.

ERC, which was held in Podzamcze, Poland saw teams from multiple countries, is the biggest space and robotics openair event in Europe. At the closing ceremony, the top 3 spots were announced in reverse order and according to USST when they heard that McGill and #Next (of Poland) had secured third and second spot respectively they thought they had no chance of nailing the top spot.

“It was absolutely unbelievable when they announced that USST had taken first place!”, the team wrote in a blog post. “There were a lot of interviews, photos, and general excitement. All of the work over the summer, and all of the work on Friday night had paid off! We also won some pretty exciting prizes, including 1000 USD and a 5000 PLN voucher, along with three Edison embedded computers.”

Beyond the robotics challenge the ERC plays host to Science-Technology Exhibition with the aim of popularizing science and new technology with a target audience of people of all ages. Visitors are able to witness real science festival that packs experiments, workshops and presentations providing audience of all ages juice for their minds. There are competitions as well which the members of the audience can take part in.

âWe are so happy with our outcome, and we canât wait to get some rest. Weâre looking forward to continuing work on the rover, and have seen a lot of cool design ideas this weekend,â the USST wrote.