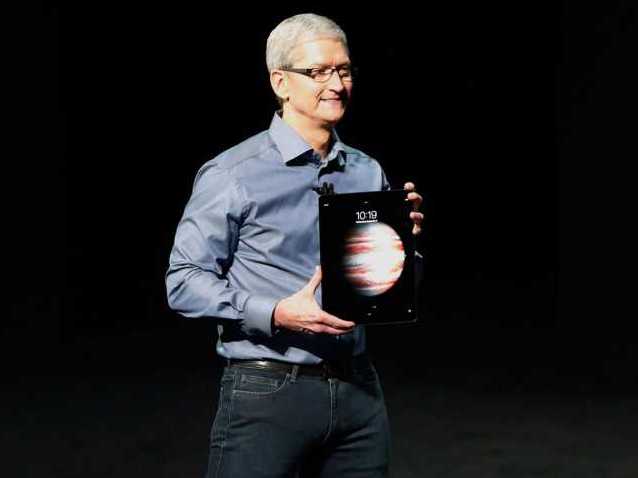 As a parts of its annual upgrade cycle, Apple has released ‘S’ version of its iPhone 6 and iPhone 6 Plus which were released last year. Alongside these two new phones, Apple also launched the iPad Pro with a massive 12.9-inch display.

Pegged as the “most advanced phones” the new iPhone 6S and iPhone 6S Plus pack some of the sought after features. The phones support 4K recording at 30fps, two times faster TouchID, improved rear and front camera, 3D Force Touch display among other things.

The iPhone 6S hasn’t changed much from its predecessor as far as the design goes, It packs the 4.7-inch LED-backlit IPS LCD display with a resolution of 750 x 1334 pixels, up to 128GB storage, 12-megapixel rear camera and a 5-megapixel front snapper, A9 CPU with M9 motion co-processor – which the company claims has 70 per cent more processor power than its predecessor, and other standard features such as 4G, Wi-Fi, Bluetooth, NFC for Apple Pay, etc.

With a starting price of $649 for the 16GB model, the handset comes in Silver, Gold, Space Grey and Rose Gold colour options. The 128GB variant costs USD $849.

Both the iPhones will be available in on pre-order in the U.S, Australia, Canada, China, France, Germany, HongKong, Japan, New Zealand, Puerto Rico, Singapore, and the U.K starting September 12.

Also introduced with the iPhones is Cupertino’s latest 12.9-inch iPad Pro with a Retina display and a resolution of 2732 Ã 2048 pixels powered by Apple’s âdesktop classâ A9X chipset. To be available from November in the standard Silver, Gold and Space Grey colour options, this tablet is aimed at business users or those consumers who are looking to get more screen space.

There are four speakers on the iPad Pro and it comes with a new Smart Keyboard cover. Customers also have the option of buying Apple’s new Pencil stylus.

Apple also upgraded its iPad mini; however, the specifications are not impressive. The new 16GB iPad Mini is priced at $399, while cellular variant costs $529.