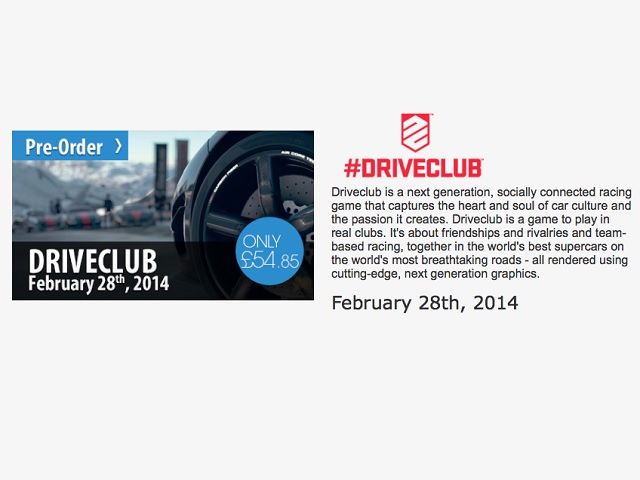 A rumour sparked on Reddit yesterday signaling a possible February 28 release of Driveclub.

The pre-order poster posted on Reddit carries a price tag of Â£54.85 and describes the game as ânext generation, socially connected racing game that captures the heart and soul of car culture.â

The game was originally set for a launch alongside PlayStation 4, but was pushed back to an early 2014 release because developers needed more time to fine tune the game to make it perfect for its players.

There is no link to the original retailer from where the screengrab has been taken raising doubts on the credibility of the launch date. However, ShopTo has got a listing of the game that point to a February 28 release.

We recommend our readers to take this with a grain of salt as an official date from the developers is missing.