One billion people could be underwater if we burn up all our fossil fuels: Study 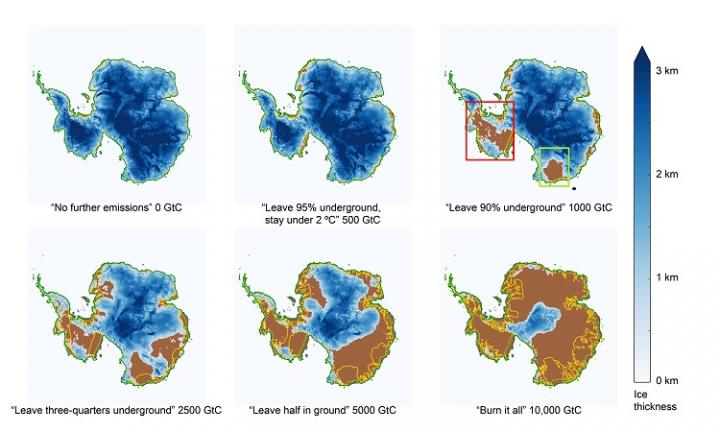 Scientists have long been studying ice sheet loss in the Antarctic and the resulting increase in sea levels across the globe, but while most of these studies have focused on the West Antarctic Ice Sheet a new study by Carnegie Institution looks at the impact of fossil fuel burning on the much larger East Antarctic Ice Sheet.

According to researchers we are extracting carbon from the ground and dumping it in atmosphere at a substantial rate and while it may or may not be causing the ice melts from the West Antarctic Ice Sheet, if we do continue burning up the fossil fuels, the increase in temperatures because of continuous greenhouse gas emissions will cause melting of the East Antarctic Ice Sheet.

This could cause an average increase of up to 3 centimeters per year in sea levels and this could amount to up to 30 meters (100 feet) of sea level rise by the end of this millennium.

This multi-institute effort highlights the possibility that the repercussions of us burning up the fossil fuels at the current rate could be very high and could affect all low-lying cities like Tokyo, Hong Kong, Shanghai, Calcutta, Hamburg and New York.

Researchers at Carnegie Institution for Science, Postdam Institute for Climate Impact Research and University of California Riverside modeled their study on the ice sheet’s evolution over the next 10,000 years. The reason they chose such a long time frame is that carbon persists in the atmosphere for thousands of years and continues to have its effect.

The study note that West Antarctic ice sheet will become unstable if we continue with our fossil-fuel burning, carbon emitting habits at the current levels for 60 to 80 years. This only represents 6 to 8 percent of the 10,000 billion tons of carbon that could be released if we use all accessible fossil fuels. The main threat is the East Antarctic ice sheet.

According to the team, if we do manage to keep the temperature increase below the 2 degree Celsius target, we can possibly limit the sea melts and hence the subsequent rise in sea levels to manageable levels of few meters. However, the more temperature points we add to the limit, the greater the risk of destabilisation of the East and West ice sheets and an eventual chaos resulting from unmanageable sea level rise.

Though the researchers are not saying that there will be a great increase in sea levels in this century, they do warn that at current levels over several thousand years, total sea level rise from all sources could reach up to 60 meters (200 feet).