COTSbot: Tackling the crown-of-thorns starfish menace one lethal shot at a time 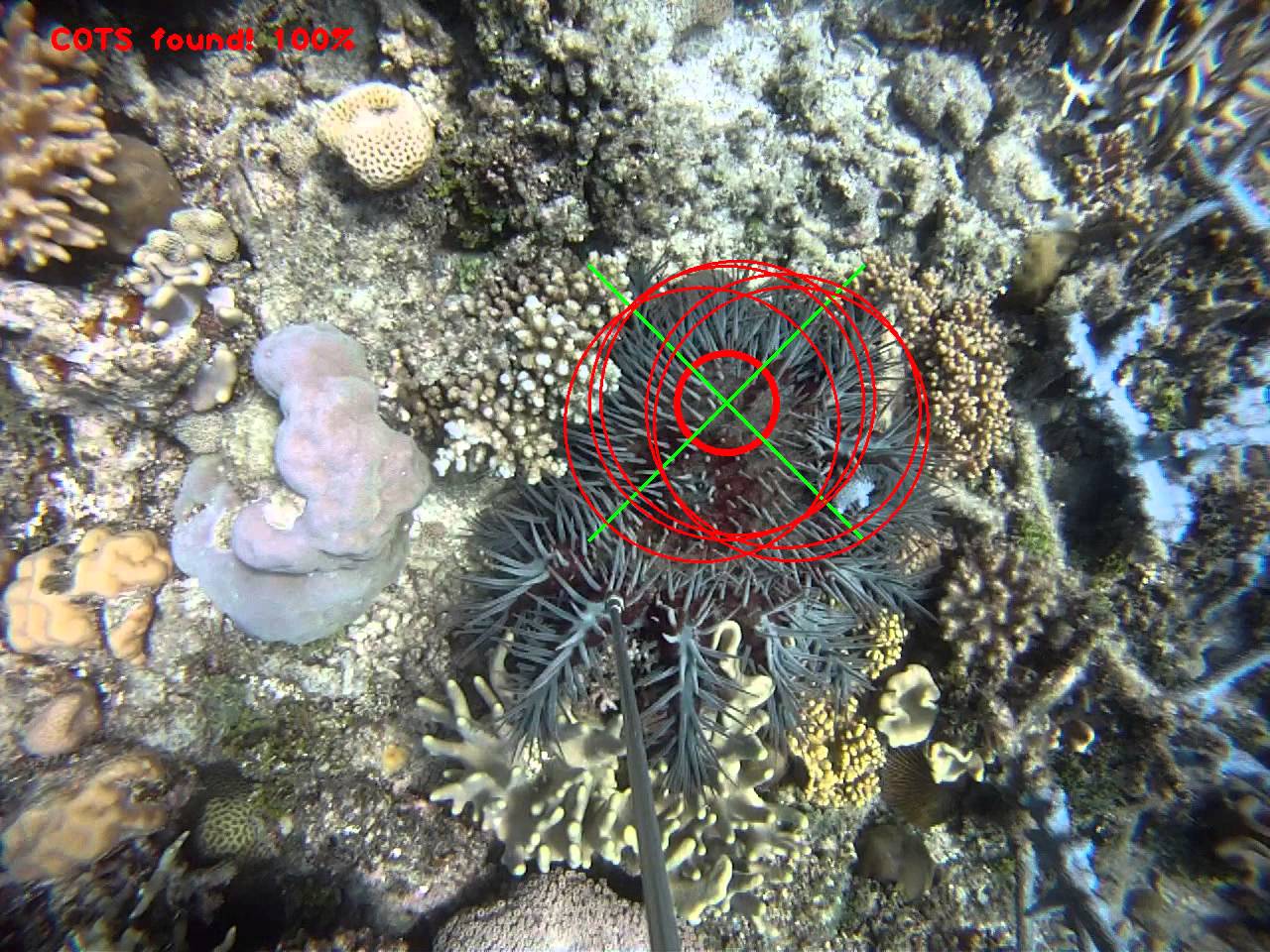 Corals in The Great Barrier Reef are in trouble due to variety of reasons including global warming, climate change, ocean acidification, and crown-of-thorns starfish. While authorities are working on tackling the other issues, researchers at Queensland University of Technology have taken it upon themselves to help tackle the menacing crown-of-thorns starfish (COTS).

COTS are corallivores i.e. they eat coral polyps and while their numbers don’t go crazy all the time, the Great Barrier Reef has seen a substantial increase in their numbers over the last decade. These starfish, when congregate in a group of 30 or more, have the potential of consuming the coral tissue faster than the corals can grow with observations that dense aggregations of COTS are capable of stripping a reef of 90 per cent of living coral tissue.

According to records, back in 1970s there was a COTS outbreak in the northern Great Barrier Reef that lasted for nearly a decade. During the peak of the outbreak, there were about 1000 starfish per hectare, leaving 150 reefs devoid of coral, and 500 reefs damaged.

While authorities and volunteers have upped their efforts to get rid of the COTS, manual work isn’t just enough and practical. The situation called for a new approach – one that can be automated and is highly efficient.

COTSbot is their answer according to Dr Matthew Dunbabin from QUT’s Institute for Future Environments, who created the robot. A state-of-the-art robot equipped with stereoscopic cameras, thrusters, GPS, pitch-and-roll sensors and a unique pneumatic injection arm to deliver a fatal dose of bile salts, COTSbot is a promise that can deliver and provide safety to the corals of the Great Barrier Reef.

The novelty of the robot is its brains – the algorithm that can identify the corals in murky reef conditions with pristine accuracy. Dr Dunbabin has been working on computer vision and machine learning system about a decade ago with the aim of developing a robot that can do the job of clearing starfish from the reef. At the time, the methods used to eradicate the COTS were not something that could have been adapted and ported to a robot. That’s the reason Dr Dunbabin shelved the idea.

However, as years passed, researchers came up with a one-dose lethal injection that ensured that repeated shots were not required to be delivered to COTS to eradicate them. That’s what Dunbabin was looking for and revived his COTSbot fitting it with the best in class technology there is for navigation under water. Giving it the pneumatic injection arm that can deliver a fatal dose of bile salts, there was only one thing that was remaining – the logic of finding and identifying COTS.

Dr Feras Dayoub designed the COTS-detecting software that is basically a fusion of computer vision and machine learning. The robot’s algorithm is capable of identifying and singling out the starfish in marine conditions. If it’s unsure, it will take several images of the potential target for human operators to verify it later.

“Its computer system is backed by some serious computational power so COTSbot can think for itself in the water,” said Dr Dayoub, from QUT’s Science and Engineering Faculty and Australian Centre for Robotic Vision.

Researchers say that they have trained the robot by showing it thousands of images of COTS collected on the reef and the machine learning algorithm has shown promising signs.

The team has now planned live trails on living targets. The trial won’t leave the COTSbot on its own as humans will be verifying each of the potential targets that the COTSbot identifies and only then will it be allowed to deliver the lethal dose.

If things go according to plan, COTSbot will start working autonomously in December.